A servant and a scholar 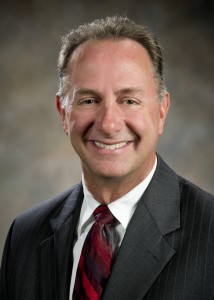 It was the summer of ’79. With hair to his shoulders and a full beard, Newark, Deleware, high school student David Finnie had found his calling. A sophomore Serpico in his hometown’s Police Explorer program, Finnie was learning how to work investigations from real cops and he couldn’t have been happier.

“I’ve always known what I wanted to do. I was fascinated by the uniform, the cars, the investigations. I got into the Explorers and I felt important,” said Finnie, Wright State University’s new chief of police.

Finnie brings a wealth of experience gathered over a 25-year career in university law enforcement. He began working with the Wright State Police Department in 1999 as a captain and in 2005 was promoted to assistant chief of police.

“Dave has served effectively in a leadership role for University Police for 15 years. The hallmark of Dave’s work is great relationships with students, faculty and staff, which is essential to the nature of our police operation,” said Dan Abrahamowicz, vice president of student affairs. “Over the past six months, Dave has led the department as interim chief and has done an excellent job in a challenging situation.”

To those who know his background, it’s no surprise Finnie’s risen in the ranks leading public safety on a college campus. Both his parents were educators. His father taught for 35 years at the University of Delaware and retired as professor emeritus.

“I literally grew up in academia. It just rubbed off, the values that the academic environment holds dear,” said Finnie.

Finnie holds two master’s degrees, in public administration and criminal justice and social problems, and is a graduate of Northwestern University’s School of Police Staff and Command—a nationally recognized law enforcement executive development program. A public servant and a scholar, he includes an invitation to speak at the Oxford Round Table at the University of Oxford in England among his accomplishments.

Finnie is also a member of the Executive Board for the Joint Terrorism Task Force for the Southwestern Region of Ohio. He serves on the Government Relations Committee for the International Association of Campus Law Enforcement Administrators and has been an adjunct professor at Wright State in political science and applied behavioral science departments for several years.

“I love academia, I love teaching,” said Finnie. “I remember my grandparents telling me once that I wasn’t college material and that I should go to trade school. I didn’t get mad, but it added fuel to my fire.”

Two weeks on the job as chief and Finnie is using his passion to point him towards his goals for the department. Focused always on relationships, Finnie wants Wright State police officers to be more visible and connected in the community both in personal and professional respects. Above all else, he wants the students to trust their officers.

“I like to make it personal,” said Finnie. “One of my kids is a college graduate and another is in school right now. I’ve always believed that for them to have academic success, they have to feel safe. I hate to think of a student missing out on their chance at an education, a chance to change their lives because of an unsafe environment.”

It’s a sentiment he knows resonates with parents too.

“On Move-In Day, one of the things that’s on the minds of all those parents on that important day is, ‘is my child going to be safe here?’ And I want them to know I think like a parent too. And that’s huge to me,” said Finnie.

When it comes to public safety resources, Finnie wants what all campus chiefs want—more officers, more lights, more cameras—but he also knows he’s got something many of his peers don’t have–a jurisdiction that’s already safe and connected with its community.

“This is a safe campus,” Finnie said. “And I think we can build on that.”