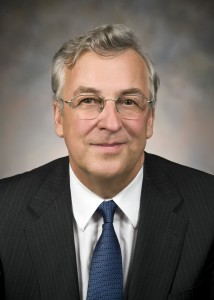 With this award, Marian Kazimierczuk, Ph.D., becomes the most decorated faculty member in Wright State University’s history. Throughout Kazimierczuk’s 29-year term as a faculty member in the Department of Electrical Engineering, he has amassed a record of exceptional service to the university that goes unmatched.

“I had the opportunity to closely work with him in various college and university committees, had many occasions to observe his service, and always admired his commitment to the department,” said Rama Grandhi, director of the Ph.D. in Engineering Program. “His service has made a significant impact on the quality of our programs.”

Kazimierczuk was the driving force in the initial establishment of Wright State’s Ph.D. in Engineering Program and continues to be a lead developer of policies, focus areas, programs of studies, core courses, and various committees.

At the college level, Kazimierczuk’s most significant contribution is in the Faculty Promotion and Tenure Committee, on which he has served 10 times.

Kazimierczuk has also made significant contributions to the profession of electrical engineering in the international arena in various capacities, including as editor on numerous international archival peer-reviewed journals. He volunteers a substantial amount of his time to professional service in addition to his intensive involvement in both research and teaching.