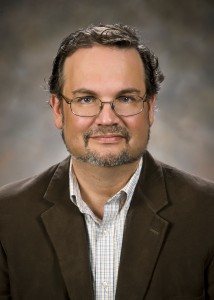 With an impressive expertise in military, Scandinavian, and American history, Paul Lockhart, Ph.D., is one of Wright State’s most esteemed historians.

Richard Brookhiser, senior editor of The National Review wrote, “Paul Lockhart is our best military writer on the Revolutionary War” following the release of Lockhart’s The Whites of Their Eyes. Pulitzer-winner and best-selling author Doris Kearns Goodwin also wrote about Lockhart’s book The Drillmaster of Valley Forge, “What a terrific biography this is—splendidly written with narrative sweep…the dramatic story of how the American army that beat the British was forged has never been better told than in this remarkable book.”

Lockhart has penned six monographs and numerous highly original and influential articles—all of which have made Lockhart and his work an inspiration and a scholarly role model for researchers such as Jason Lavery, a professor at Oklahoma State University and past president of the Society for the Advancement of Scandinavian Study.

Lockhart’s current book project is a narrative about American life in the last month of World War I. As Senior Fellow with Wright State’s CELIA, Lockhart has helped to organize “A Long, Long Way: Echoes of the Great War,” a series of events in 2014-15 commemorating the 100th anniversary of the start of World War I. The series’ capstone will be a week-long residency by Dr. Lockhart’s brother, Maestro Keith Lockhart, conductor of the renowned Boston Pops. Dr. Lockhart is also coordinating a major exhibit, “Dayton in the Great War,” scheduled to open at Carillon Historical Park in 2016, and a documentary film on the impact of World War I on the Miami Valley.