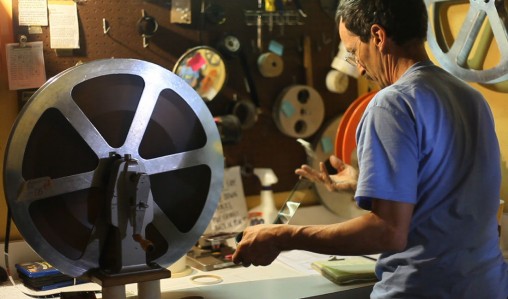 Filmed in 2013, “Last Reel” is an homage to celluloid and the whirring rattle of film curling across gears and sprockets, said Bognar, who teaches advanced film production in the Department of Theatre, Dance and Motion Pictures.

The film features Jenny Cowperthwaite, executive director of the Little Art, and head projectionist Andy Holyoke, both of whom have worked at the Yellow Springs movie theater since the 1970s. 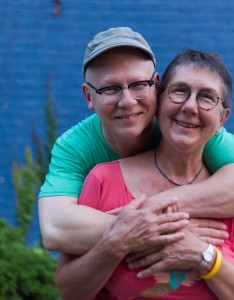 “Last Reel” will have its world premiere Aug. 29 at the 41st Telluride Film Festival in Telluride, Colo.

Bognar traveled to the festival with Julia Reichert, the film’s producer/cinematographer and professor emeritus of motion pictures at Wright State.

“It’s a great honor to be debuting this film at Telluride,” Bognar said. “The festival’s legacy is towering. We’re just hoping to see Werner Herzog, or maybe Reese Witherspoon.”

Bognar’s previous films include the Academy Award-nominated “The Last Truck: Closing of a GM Plant”; the short film “Sparkle,” about Dayton Contemporary Dance Company dancer Sheri “Sparkle” Williams; and the Emmy-winning “A Lion in the House,” about families facing childhood cancer, all co-directed with Reichert.