A pioneering website designed to prevent collisions and crashes among the rapidly growing number of drone aircraft has been developed by the Wright State Research Institute (WSRI).

Due to its potential, institute officials have also established FlyTransparent, a business spin-off.

The website and mobile application — called GoFlyZone — relies upon drone operators to voluntarily upload their flight plans, enabling other operators to see all of the flight paths and times before taking to the skies.

“The beauty of this is that drone operators go to the website with their flight plans and can immediately find out if there is any conflict,” said Bruce Preiss, lead research engineer at WSRI and FlyTransparent CEO. “You don’t need an air traffic controller at all.” 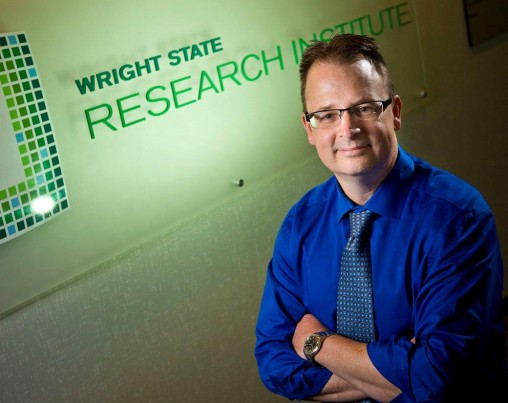 The traffic management system is also designed to provide additional drone operator services such as logbook functions and will spur further economic development.

“The problem we’re trying to solve here is how Ohio can help promote small unmanned aircraft operations,” said Preiss, who developed the website along with David Malek and Matt Duquette. “We want that to lead to commercialization and increased economic activity.”

An estimated 500,000 unmanned aircraft are currently up and flying, and Amazon alone is shipping about 12,000 ready-to-fly drones to buyers every month.

While hobbyists account for most of the drone activity, the number of commercial operators is growing quickly. About 1,000 business entities and individuals have permission from the Federal Aviation Administration to fly drones for profit.

Drones are being used in agriculture and the real estate market as well as to inspect bridges, pipelines, power lines and even potholes. They are being used by a precision agriculture firm in Charles City, Iowa, a builder in Carlisle, Kentucky, and by a company in Ijamsville, Maryland, monitoring explosive charges.

On Aug. 2, a pilot reported a drone sighting near John F. Kennedy International Airport in New York City, making it the third such incident in three days. A drone was also reported near the Minneapolis airport, and a pilot flying a small plane in New Jersey said he had to take evasive action to avoid a drone.

FAA regulations require operators to fly their drones under 400 feet, at least five miles away from any airport and to always keep the aircraft in sight.

“Instead of following the air traffic control model, let’s create a voluntary, community-based UAS traffic-management website,” said Preiss. “We are rolling it out for the Ohio region, but we would like it to expand nationally.”

On the website, flight routes are displayed on a map. It also has weather features, showing rain, wind and clouds. Eventually, Preiss hopes to show highways, shopping malls, bodies of water, community events as well as hazards such as power lines, fences and large trees.

Air traffic controllers can log in to the site and check the activity. Preiss also hopes to push the information out to the Ohio UAS Center so that it can begin tracking drone flights around the state.

Also standing to benefit from the website are hospital helicopters, which must travel through drone airspace to pick up patients.

“They would have no idea if there is anyone flying a drone in the area,” said Preiss. “So a helicopter could quickly upload its flight plan to the website, which would warn drone operators in the area by pushing out notifications to mobile phones.”

The website will also enable officials to compile data on drones such as type of airframes and other equipment being used, information that will help parts suppliers and other businesses better understand the market.

“We’re trying to give them the tools to do their business better,” said Preiss.

He is hoping the website will also facilitate social networking among drone hobbyists and serve as a bulletin board for flying clubs and discussions about fly-ins, problems with equipment and other issues.

GoFlyZone.org and mobile app will be on display in the WSRI booth during the Ohio UAS conference at the Dayton Convention Center on Aug. 25-26.