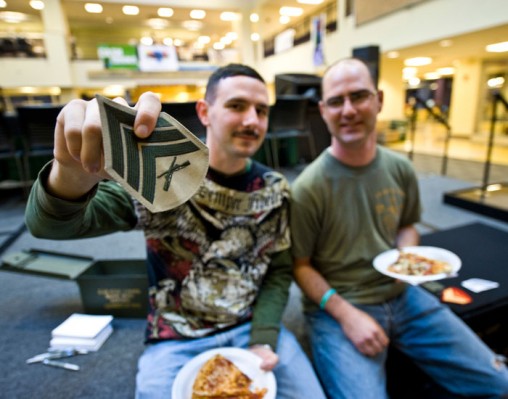 Military Times has named Wright State University to its Best for Vets: Colleges 2017 rankings. It is latest in a series of accolades and designations for Wright State that have praised how the university serves veteran and military students and their connected families.

“These young men and women have done remarkable things in service to their country,” said Gordon. “For some of them, the sacrifice has required them to receive extra support while in school because, compared to others in their peer group, they have developed different needs. Having others around that understand their commitment and in many cases, sacrifice, is important.” 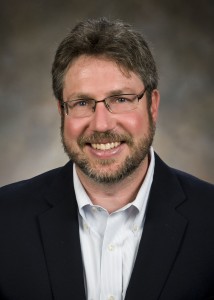 In March, Wright State earned the No. 1 ranking in 2016 by Military.com and CollegeRecon for Best Veteran Programs. For several years running G.I. Jobs and Military Advanced Education have honored the university by designating it military friendly.

The Military Times rankings factor in the results of a school-by-school survey of more than 500 institutions and their respective veteran and military student offerings and rates of academic achievement. The survey asked colleges and universities to document an array of services, special rules, accommodations and financial incentives offered to students with military ties and to describe aspects of veteran culture on campus.

Opened in the fall of 2014, the Veteran and Military Center facilities at Wright State are among the nicest in Ohio. With over 1,800 square feet designated for them, military and veteran students benefit from a small computer lab, three private study rooms, a lounge area, kitchenette and 500-square-foot conference room that has become popular with nursing students.

“We have four full-time staff members and over a dozen student veterans on staff to support their fellow veterans success,” said Gordon. “The VMC motto is ‘We are each other’s champion.’ The student veterans have formed a community and culture where they take care of each other.” 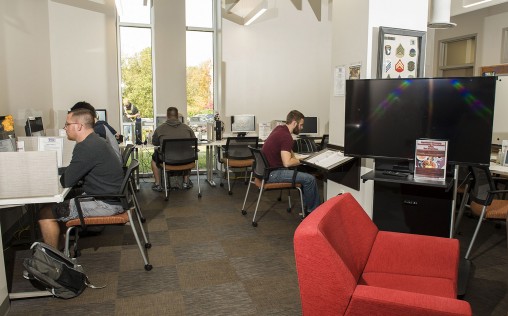 The Veteran and Military Center provides a welcoming space on campus and provides for support services for veteran and military students.

“We take the processing of GI Bill benefits seriously, and we really perform here,” Gordon said. “The people are the reason we’re so successful. Without those two people — Amanda and Ty — nothing that I do would matter. We’re recognized and named to lists like these because of them.”

In addition to the physical facilities, the VMC provides supplemental advising, peer mentorship through the PAVE program and career counseling. The university launched two new academic programs this year designed to support military and veteran students: an accelerated nursing program for former medics and corpsmen; and a Veteran Services minor for those who may want to work with veterans in the future.

The VMC has also piloted a program called Veterans’ Voices that trains student veterans to gather the oral histories of other veterans using the Library of Congress’ Veterans History Project model. This year, the work of those students will be airing for the third season of audio stories on WYSO, which features several Wright State student veterans telling stories about or with other veterans. Those stories debut Thursday, Nov. 10, on WWSU and on Friday, Nov. 11 (Veteran’s Day) on WYSO 91.3 FM.

The rankings are also published online at MilitaryTimes.com, as well as ArmyTimes.com, NavyTimes.com, AirForceTimes.com and MarineCorpsTimes.com and are set to be published in a special magazine issue of Military Times on newsstands in mid-November.