Women as survivors of heroin addiction, sexual abuse and rejection by society. These movie topics may not be anything new — but the screenwriters are. They are incarcerated women at the Dayton Correctional Institution, and their films will soon come to life thanks to a pioneering Wright State University-supported project.

The “Pens to Pictures” project was launched and orchestrated by writer and director Chinonye Chukwu, assistant professor of motion pictures at Wright State. The five films are women-centered, with many of them portraying women discovering themselves.

“Each woman wrote a script, and they are delicious. Their stories are some of the best stories I have ever read,” said Chukwu. “I don’t think people in society in general have really heard the voices of those who are incarcerated. We don’t humanize them. We don’t even think about them.”

“It’s tough stuff,” said Chukwu. “I think people are going to be blown away.” 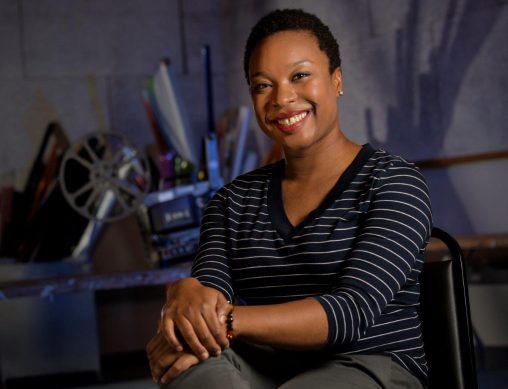 The films were screened at Wright State on Dec. 4. They were also screened at the prison on Nov. 29, drawing about 125 people.

“Everybody was moved,” said Chukwu.

Chukwu began researching U.S. prisons — particularly death row facilities — for a film project on Sept. 22, 2011, the day after the execution of Troy Davis, a black man convicted in the murder of an off-duty policeman in Savannah, Georgia. Davis never stopped maintaining his innocence.

In researching for the film, Chukwu listened to the stories of dozens of incarcerated and recently released individuals. She became deeply passionate about advocating for those who are incarcerated and began helping the Ohio Justice Policy Center on a clemency case. She met the subject of the case at the Dayton Correctional Institution, which incarcerates more than 900 women. 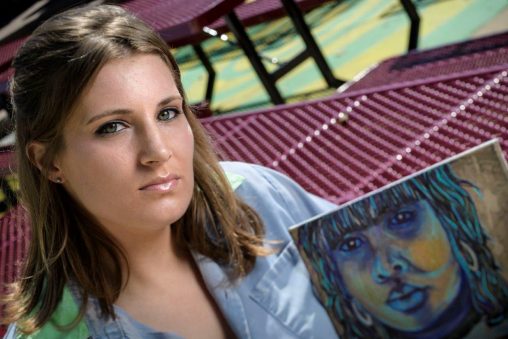 As part of the “Pens to Pictures” project, Aimee wrote “For They Know Not,” about a girl who is a homeless heroin addict and her struggle to get treatment.

“In visiting her, I looked around the facility and realized there are so many powerful stories,” Chukwu said. “There are so many other people that have powerful voices that are not being heard.”

She came up with the idea of teaching screenwriting to the women in the prison and helping them turn their scripts into films. She pitched it to the women in August 2015 and asked those who were interested to send her a draft of their story to help her determine the first “class” of students.

Chukwu quickly realized that she had five good stories that could be turned into short fiction films.

Last March, she began teaching the screenwriting classes. She later taught classes in pre-production and directing.

Prior to filming, Chukwu brought crew members, cinematographers, a professional film editor and actors from Ohio, Indiana and Chicago to the prison to meet with the incarcerated women. To help do the filming she brought in five co-directors, all current and former Wright State students experienced in filmmaking.

“There are not enough women in film, and I think women deserve to be part of film and are so often overlooked and not taken seriously in this industry,” said Lynch. “I hope this inspires people to do that.”

The films were all shot outside the prison without the inmates over a 10-day period in June. One location was near Wright State, another at the old jail in downtown Dayton, others in private homes and one in Cincinnati.

Chukwu had to manage about 35 people.

“It was emotionally overwhelming at times,” she said. 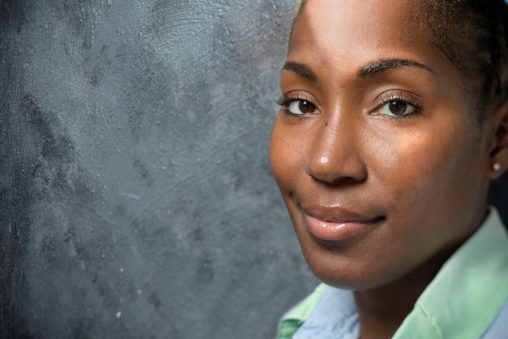 Beverly hopes her script for “The Devastating Game” helps people see that no matter how tough life can be, there is always hope and choices that can change things for the better.

Chukwu believes the films will bring respect to women who have been scorned by society.

“This experience creates a way for people to see just how magical these women have always been,” she said.

Jamie — who ran away from home, got married when she was only 16, and gave birth to her son while she was in prison — wrote “Trans-Parent,” the story of a young girl who must care for her younger siblings while her mother struggles with addiction.

“I wanted to tell a story through a child’s eyes because I feel they are really overlooked and don’t get an opportunity to tell their stories,” she said. “I would like people to understand the impact your choices have on children and the people around you.”

Jamie had been writing a book of stories about some of her fellow inmates when the film project presented itself.

“When somebody came to me and said I would have an opportunity to tell my own (story), it just felt right,” she said. “I felt it was something I needed to do to close that chapter of my life, purge some of the things that had built up inside of me.”

Aimee, who started using heroin when she was 16, wrote “For They Know Not,” about a girl who is a homeless heroin addict and her struggle to get treatment.

Aimee said seeing the first footage of her film was “surreal.”

“It was like an out-of-body experience,” she said. “All of this stuff that you’ve seen in your mind and worked so hard to create and actually see it — it was just weird. It felt unnatural.”

Beverly wrote “The Devastating Game,” the movie about sexual abuse. She hopes her film will help people see that no matter how tough life can be, there is always hope and choices that can change things for the better.

Kamisha wrote “Bang,” a story about a woman beaten down by society. She said she was “like a kid in a candy store” when she saw the first footage.

“It’s not really a deep message. I just really wanted to entertain, was my goal with it,” she said. “I just hope that they like it and see that anything is possible.”

Wanza Jackson Mitchell, warden of the prison, said the project has empowered the incarcerated women by giving them a voice to tell their stories to the outside world. 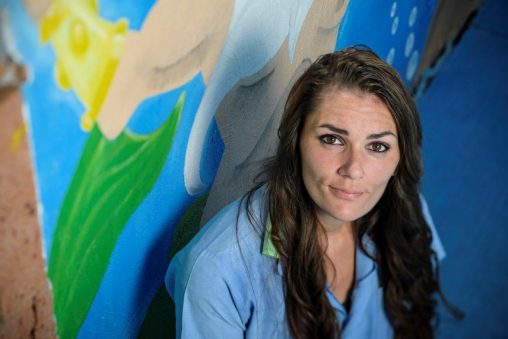 Jamie wrote “Trans-Parent,” the story of a young girl who must care for her younger siblings while her mother struggles with addiction.

V. Covington, correction warden’s assistant and staff facilitator in the “Pens to Pictures” project, said the women were scared and apprehensive about the project at first.

“They’re more confident, they are more knowledgeable, and they know they’ve grown,” said Covington. “I am really grateful to work with Wright State University and Chinonye in presenting the ladies to the community in this format. I know that it will be well-received.”

Chukwu hopes the films will play at film festivals and be screened at prisons, community centers and juvenile detention centers around the country, and maybe even find their way onto public television.

She says the incarcerated women have developed meaningful filmmaking skills and that several hope to go into the movie business after their release.

Chukwu, herself, wanted to be a filmmaker since she was 13.

“I always dreamt and thought in terms of scenes,” she said. “I think very visually, very cinematically. And I am a storyteller. I struggled with depression growing up. My sanctuary was my stories.”

After earning her bachelor’s degree in English from DePauw University in Greencastle, Indiana, Chukwu interned on “Chronic Town,” a 2008 feature film about a lonely, sharp-witted cab driver in Fairbanks who gets committed to a mental institution. 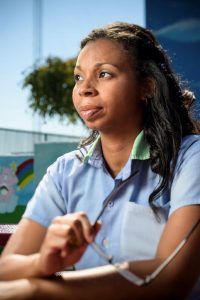 Kamisha’s “Bang” portrays a woman who has been rejected by nearly everyone, has two starving children, no job and has been pushed to the limit.

Chukwu then received her master’s degree in film and media arts at Temple University in Philadelphia. During that time, she found herself teaching third graders at a local school.

“It changed my life. It made me realize that I’m living for more than just myself,” she said. “Ever since then, I’ve been teaching. I look at teaching as a form of activism.”

She joined the faculty at Wright State two years ago.

Chukwu said the film project has probably been the most transformative experience of her life.

“I have learned so much about empathy, not writing people off, seeing the humanity in others and myself,” she said. “It has expanded my capacity for love and kindness and has really rooted me in purpose. It’s changed my life.”