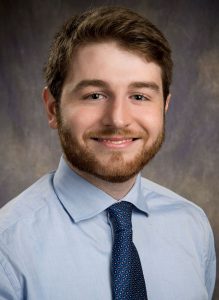 Walid Malki, a second-year student at the Boonshoft School of Medicine, volunteered with the Syrian American Medical Society Foundation as a translator.

Walid Malki, a second-year medical student, volunteered with the Syrian American Medical Society Foundation in December, accompanying non-Arabic speaking physicians throughout their day translating from Arabic to English or French. The foundation is a nonprofit, nonpolitical, medical and humanitarian relief organization that works on the front lines of the crisis relief in Syria, in neighboring countries and in Greece.

“The Syrians I helped are teachers, doctors, bus drivers and waiters,” Malki said. “These are normal people that the world has forgotten.”

He was astounded by the resiliency the people had despite their difficult journey from Syria to the refugee camp in northern Greece.

“It was really amazing to meet these people. After everything they have gone through, they still had love,” he said. “They are very open-hearted people. They offered me food and tea, even though they had very little to share. We all have a lot to learn from them when it comes to resiliency.”

At the Boonshoft School of Medicine, Malki has taken global health classes.

What he saw will stay with him forever. The physicians he worked with in Greece treated the Syrian refugees for several conditions, including colds, flu, migraines caused by stress and depression, chest infections and chapped hands from washing laundry in sinks outdoors.

“These are the lucky refugees,” he said. “They are living in the best refugee conditions possible. They are out of the cold winter air.”

However, the people he met felt as if they were in limbo. Many had left Syria because their lives had been in danger. They wanted to immigrate to other countries but could not.

“I was surprised by how open the Syrian refugees were with their stress and depression,” Malki said. “People were willing to talk about it.” 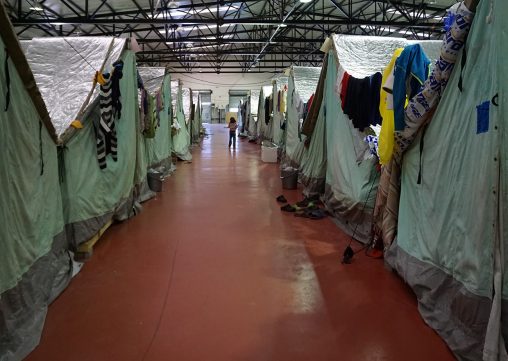 Tents at the refugee camp where Walid Malki volunteered.

He met a 17-year-old teenage boy who said he felt like his life was going to waste. His father had been killed in Syria. His brother had been hanged, and his mother had disappeared. Another teenager ran away from Syria with him. They take care of each other.

“To have a 17-year-old say his life is going to waste is depressing,” Malki said. “These are 17-year-olds who don’t feel like they have anything to live for. They have no family, no money and no future.”

He saw many families with young infants. “That was very sad,” he said. “No 1-month-old should be in a refugee camp.”

He also met a 19-year-old refugee who was interested in photography. Someone had given him a camera. He created a Facebook page documenting the refugee experience.

“This young man is driven, smart and resilient,” Malki said. “He left Syria, got on a boat and made it to a refugee camp. When I met him, he had just received the news that he was going to be resettled.”

As Malki reflected on his experience in Greece helping the Syrian refugees, he was glad he had decided to attend the Boonshoft School of Medicine. The school’s courses in global health help prepared him.

“This experience taught me that global health is something that I passionately care about,” he said. “I chose the right medical school for me.”