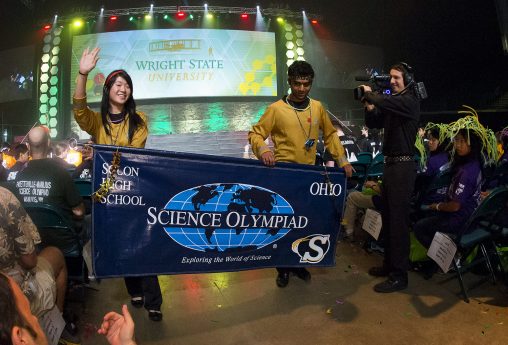 More than 5,000 students, educators and parents will descend on Wright State for the Science Olympiad National Tournament May 19–20.

Talented teens from across the nation as well as Japan are descending on Wright State University to battle it out in intensely competitive science and engineering projects — from Robot Arm and Hovercraft to Microbe Mission and Food Science.

The prestigious 2017 Science Olympiad National Tournament, which will be held May 19–20, is expected to attract more than 5,000 students, educators and parents from all 50 states. A Global Ambassador Team from Gifu High School in Japan will participate as guests in selected events, including Helicopters, Game On and Forensics.

For these bright young students, the national tournament is a launching pad. Many will go on to top universities, where they will feed their natural curiosity, advance their research skills and sharpen tools that will shape the future of science.

Winners of the Science Olympiad will be offered scholarships to Wright State. All official members of the first-place team in the middle school and high school divisions will receive a $2,500 scholarship, renewable for four years. In both divisions, the university will also award $1,000 scholarships to the first-place winners of each individual event, also renewable for four years. All awards are subject to admission requirements.

More information on the 2017 Science Olympiad National Tournament, including the competition schedule, is available at wright.edu/scienceolympiad. 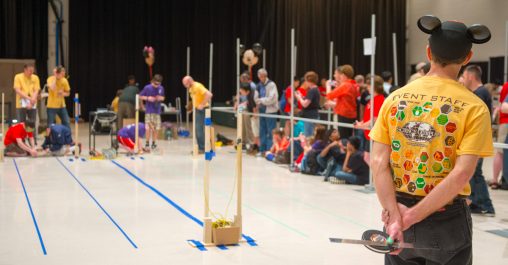 The school-based teams in the Science Olympiad program prepare and practice throughout the year, then compete in regional and state tournaments. The top 120 teams from state competitions across two divisions advance to the national tournament. Rigorous hands-on and lab events led by experts from government agencies, top universities and Science Olympiad state chapters cover topics in physics, epidemiology, astronomy, chemistry, meteorology and engineering.

“Students have been working for months to perfect their designs, build prototypes, practice lab skills and test their knowledge in topics spanning every letter in STEM,” said Jenny Kopach, Science Olympiad executive director. “We can’t wait to see which teams come out on top at the 2017 Science Olympiad Tournament.”

Science Olympiad injects the university with an even more youthful electricity, with swarms of teens exploring the campus and chatting excitedly about their science projects. Conference rooms, atriums and classrooms become battlegrounds of battery buggy, egg drop and chemistry competitions.

And the Science Olympiad has an estimated $1.7 million economic impact in Greene County alone, with many of the participants staying in hotels, eating at restaurants and shopping, according to the Greene County Ohio Convention & Visitors Bureau. About 1,640 Olympiad students will stay in housing at Wright State, with the university providing more than 6,000 meals.

Keynote speaker for Science Olympiad will be Elliott R. Brown, endowed chair in experimental sensor physics at Wright State. Brown is an expert in terahertz radiation, which consists of invisible light waves in the electromagnetic spectrum higher in frequency than microwave and lower than infrared light.

On May 18 at 9 a.m., Wright State’s University Center for International Education (UCIE) has coordinated a visit for the Japanese team to the National Museum of the United States Air Force, the world’s largest military aviation museum and which features a dazzling collection of historic military aircraft, followed by a special campus tour for the 16-person Japanese delegation. 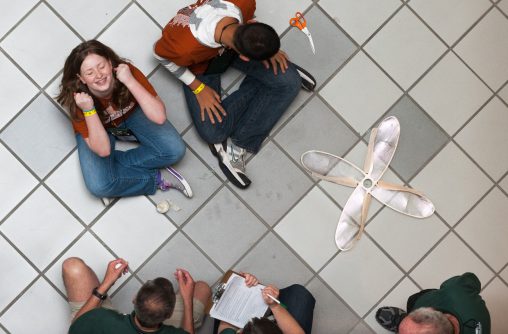