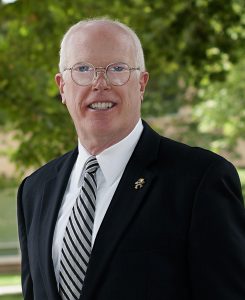 Walter J. Branson will join Wright State as the vice president for finance and operations and chief business officer.

Currently he is vice chancellor for finance and operations at Missouri University of Science and Technology.

With this hire, Wright State University is putting an essential piece in place to ensure financial sustainability and increased budgetary and fiscal governance for the university by installing necessary finance and operations oversight.

Using a CBO to oversee the shared services that run across a university has become a common model for leadership organizations in higher education. The return on investment in operational efficiency and effectiveness gains for the university will be invaluable.

Because of the university’s financial position, Wright State did not have the luxury of conducting an extended search. Branson was hired through the university’s formal search waiver process. His application was reviewed by leadership from Human Resources and the Office of Equity and Inclusion for approval as to the strength of his fit for the job requirements.

The emergency hiring committee also considered this appointment and deemed it a necessary and strategic investment in the university’s future.

Branson has served as vice chancellor for finance and operations at Missouri S&T since 2013. There, he initially was tasked with overseeing nearly the same functions of the university as he will at Wright State. In 2017 he assumed leadership of the following additional university-wide shared service functions: strategy, planning and assessment; institutional research; human resources; and information technology.

Previously Branson worked at Indiana University-Purdue University Fort Wayne (IPFW) as vice chancellor for financial affairs for 20 years. In that position, he served as the university’s chief financial officer and directed six campus departments, as well as student housing and athletics. He also served as one of the university’s primary legislative contacts and community liaisons and was chief operating officer of the IPFW Foundation.

Branson holds a bachelor’s degree in forest management and a master’s degree in industrial administration, both from Purdue.