Students band together for hurricane relief 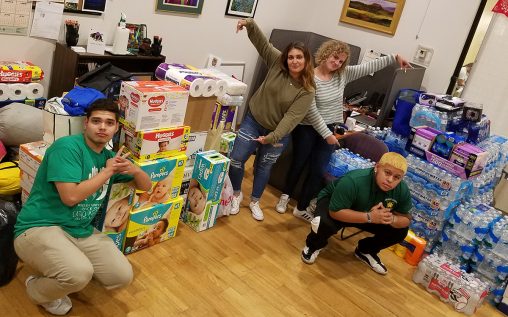 With support from the Office of Latino Affairs, Wright State students have collected supplies and raised nearly $1,500 for hurricane relief.

The entrance to the Office of Latino Affairs (OLA) was surrounded by diapers, sleeping mats and water bottles ready to be shipped to Puerto Rico to aid in relief efforts after Hurricane Harvey.

The hurricane hit Puerto Rico on Sept. 20, leaving the entire island without power and very limited communication. Students who have family in Puerto Rico were unable to contact family members to know if they were safe.

“That Wednesday, there were several students in the office and it was very quiet in here,” said Julia Acosta, director of the OLA. “They were very worried, nervous, they were talking about their families and what they were going through.”

Students banded together to see how they could help those affected by the hurricane.

“After the impact happened, we immediately started a drive, we immediately put tables out,” Acosta said. “The students were here on weekends, in the mornings, in the evening, packing, organizing, developing flyers, putting their time in.”

“Every day it’s something more, organization after organization has stepped in,” Acosta said. “It’s just been overwhelming support.”

The work, Acosta said, brought the students closer together.

“They definitely came together as a family,” she said. “Not only Puerto Rican students, all students.” 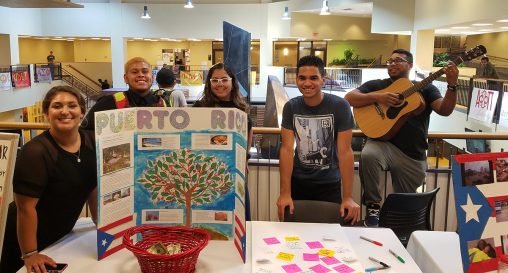 The Office of Latino Affairs — located at 108A Student Union — will accept monetary donations until the end of the year.

The OLA has raised nearly $1,500 for hurricane relief from student-hosted bake sales and donations. After students gave a presentation about hurricane relief in the Department of Modern Languages, the OLA received more than $100 in donations from a Spanish class.

The office — located at 108A Student Union — will accept monetary donations until the end of the year.

On Dec. 1, the OLA will host a comedy night at 7 p.m. in the Student Union Atrium. All the proceeds from the event will go to Puerto Rico and Mexico for hurricane relief. The event will feature Latino comics from Dayton, Springfield and Chicago.

“On every front, wow, what Raider spirit, when you see on the news, there’s utter devastation, and then you think Wright State is doing something about it, our students are on board,” Acosta said. “It’s impressive, it’s humanity.”