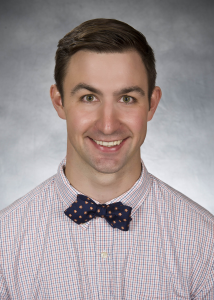 Students at the Wright State University Boonshoft School of Medicine and Cedarville University School of Pharmacy are helping to lead a study into the use and effectiveness of opioid disposal bags. The bags may represent a new tool in the fight against the epidemic of opioid abuse.

The research project began as a collaboration between students at the Boonshoft School of Medicine, the Cedarville University School of Pharmacy and Generation Rx, an organization supported by the Cardinal Health Foundation and the Ohio State University College of Pharmacy. A number of students involved in local efforts to fight opioid addiction were looking for ways to volunteer when a representative from the organization asked if they would be willing to engage pharmacies to participate in dispensing the disposal bags.

“It seemed like a marrying of two ideas. There were students that wanted to help and there was a project that simply needed hands,” said Michael Holbrook, a third-year medical student from Cincinnati who is also a member of the Boonshoft School of Medicine’s Physician Leadership Development Program. He is working alongside Caleb Tang, a third-year student at the Cedarville University School of Pharmacy.

The students are working with 50 pharmacies in Southwest Ohio to use as points of distribution for the opioid disposal bags. First-year pharmacy students at Cedarville University, who are required to work at clinical sites, are helping to get partnerships off the ground.

“We’re probably at 40 currently, and our goal is to get into all 50 so they can be dispensation points for the bags,” Holbrook said.

To use the disposal bags, users deposit unused pills, add water and mix them with proprietary materials inside. The process deactivates the drugs in an environmentally friendly way so they can be thrown out safely. The bags remove drugs from the loop, eliminating the chances they’ll get used by someone else.

“By using these bags in a socially responsible, environmentally friendly way, it’s closing that loophole,” Holbrook said. “It’s getting the chemicals not only out of medicine cabinets but potentially out of the water and soil as well.”

The bags offer advantages to pharmacies that have long faced issues refusing people wanting to return unused medications. It is something they must do because there’s no way to guarantee the pills haven’t been adulterated. Giving customers disposal bags helps resolve that issue.

To keep track of the use and effectiveness of the opioid disposal bags, Holbrook and Tang are including surveys that are given out when the medications are dispensed and three months afterward. The surveys seek to capture how customers engage with their medications and if their perceptions change.

Wright State medical student Michael Holbrook, far right, presented at the 2017 Institute for Healthcare Improvement National Forum. He was joined by Nick Christian ’17, M.D., second from right, and other presenters.

“The pre-survey is asking how many medications did you have in your cabinet and how did you dispose of them afterward. In the post-survey, we have the same question to see if the intervention changed anything,” Holbrook said. “We also have a Likert scale from one to five, asking how easy was it to use, did it change their perception of the dangers of unused medications, and how they rank the importance of opioid safe disposal. Because we know that you can’t guarantee a lot of buy-in, we’re also including a one-page handout with facts on the opioid problem.”

Holbrook and other students from the Boonshoft School of Medicine presented the project design at the 2017 Institute for Healthcare Improvement National Forum in Orlando. His hopes are that the project will help to illuminate some next steps for helping to fight painkiller abuse in southwestern Ohio. Surveys are still being collected, and it’s not clear what they will reveal.

“I want to show that this is a worthwhile public health intervention. It’s very simple. We hope to show that you can use these bags in other parts of the country. We want other pharmacies to learn about these bags and make them available,” Holbrook said.