Adventure has no age

Adventure Summit at Wright State features speakers young and old who encourage everyone to get outdoors for an adventure. 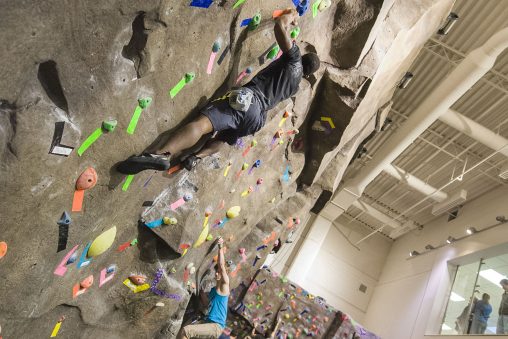 The Adventure Summit, hosted by Wright State and Five Rivers Metroparks on Feb. 9 and 10 in the Student Union, will feature speakers, competitions, vendors and a used gear sale.

Jordan Romero scaled Mount Everest at age 13 and is the youngest person to scale the Seven Summits, the tallest mountain on each continent. He will speak at Wright State on Feb. 9 at the annual Adventure Summit.

Joining him will be Dale Sanders, the oldest person to walk the entire Appalachian Trail, and Susan Marie Conrad, who kayaked the Inside Passage, a coastal route along Washington State to Alaska, completely alone. 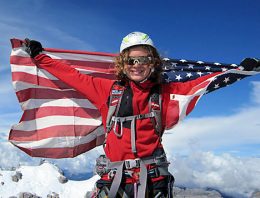 Jordan Romero, who scaled Mount Everest at age 13, will speak at Adventure Summit on Feb. 9 at 8 p.m. in the Student Union Apollo Room.

The Adventure Summit, hosted by Wright State and Five Rivers Metroparks on Feb. 9 and 10 in the Student Union, is a way to get involved with getting outdoors. Vendors from all over Ohio will host tables in the Student Union Atrium, where attendees can talk to people in sports from hiking to running to scuba.

The theme of Adventure Summit 2018 is “Adventure has no age,” which is exemplified in the featured speakers. Romero climbed the Seven Summits at age 15. He will be accompanied by Sanders, who finished hiking the Appalachian Trail in October at age 82. Kayaking the Inside Passage with minimal assistance is difficult, but Conrad did it by herself.

“We really have a wide diverse group of speakers this year,” said Drew Corbett, associate director of recreation at Wright State.

Along with these featured speakers, other sporting enthusiasts will give presentations during Adventure Summit. Most of the speakers are from Ohio. 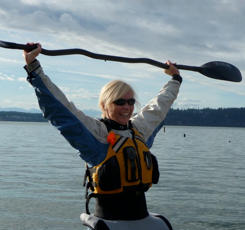 Susan Marie Conrad will discuss “One Woman’s Journey through the Inside Passage” at noon on Feb. 10 in the Apollo Room.

“We have people from Columbus, Cincinnati, Dayton, that go out and do these magnificent things,” said Erin Sherrets, the graduate assistant in charge of the summit. “We have a man who climbed Mount Rainier 145 times and he’s summited Mount Everest and he lives in the Columbus area. It is humbling to have so many incredible people in the local area.”

A bouldering competition will take place at Wright State’s climbing wall, as well as an introduction to bouldering, a style of rock climbing in which the participants do not use a harness and stay closer to the ground.

The Adventure Summit is free and open to the public, though patrons can purchase equipment. Along with the expo, the summit is hosting a used gear sale. The gear is gently used, in good condition and cheaper than brand new gear.

Throughout the summit, there will be competitions such as an indoor triathlon in the fitness center and canoe battleship in the pool. 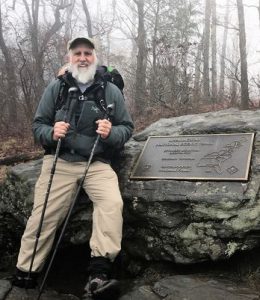 Dale Sanders will discuss “Hiking the Appalachian Trail at age 82” on Feb. 10 at 5 p.m. in the Apollo Room.

The indoor triathlon, sponsored by Up and Running, a local running store, and Wright State’s Campus Recreation, will entail 15 minutes of biking, 15 minutes of running and 15 minutes of swimming. To determine the winner, judges will examine the distance each participant traveled in each section of the competition.

In canoe battleship, teams of four board a canoe and try to sink the other team’s boats by pouring buckets of water on them.