Paddle boarding for a cause 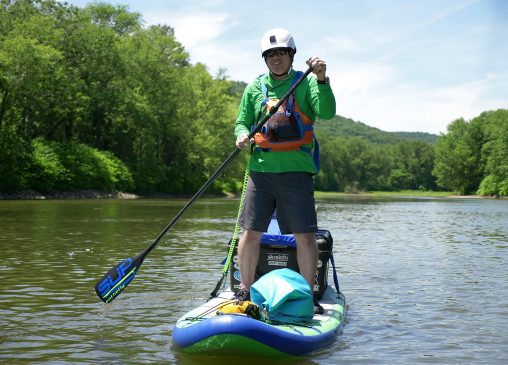 Peter Savard, a doctoral nursing student, paddle boarded down the Susquehanna River to raise awareness for clean water for people in need.

Paddleboarding and humanities are not generally two topics that come up in the same discussion. Peter Savard, a doctoral nursing student at Wright State, intends to change that. He intends to take his doctoral research about hygiene and clean water and apply it to something he loves: the outdoors.

Savard founded a nonprofit, Global Water Consortium, to train people to use sustainable water filtration and purification equipment. He said that when a group digs a well in Africa or India it often gets contaminated within a year and the community is essentially left without safe, clean water again.

The Global Water Consortium provides water filtration and purification equipment that can make up to 66,240 gallons every 24 hours. This equipment is lightweight and can be easily transported between different villages or communities via canoe, bike or paddleboard.

Savard said that people are often concerned at the idea of paddle boarding such a long way, but he wanted to show them that anyone can help with the effort.

“Anyone can do something, if you’re human and you care, you have something to offer,” he said. 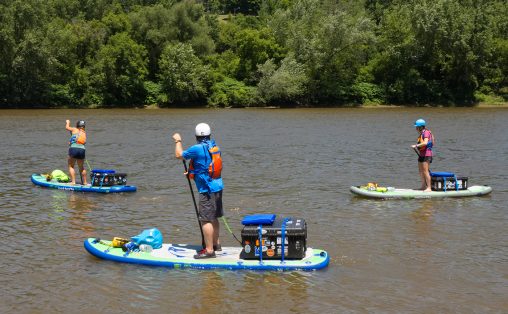 Peter Savard was joined on the trip by a team seven other people, including his 15-year-old daughter, Ainsley.

Along with a team of seven other people, including his 15-year-old daughter, Ainsley, Savard spent 30 days paddle boarding the 444 miles on the Susquehanna River from Cooperstown, New York, to the Chesapeake Bay in Maryland.

Savard and his team strapped their equipment to the back of their paddleboards. A canoe followed them, filming the trip so they could share the project with others.

While they were on the river, the team spent time removing trash and other debris from the river. Savard said he was surprised at the quality of the rivers in the United States. Many times he said their canoes and paddleboards were filthy with the residue of the river and they were very difficult to clean.

“It was really eye-opening to see the different pollution where the two different branches of the rivers met,” he said. “It’s not that much different here than it is anywhere else.”