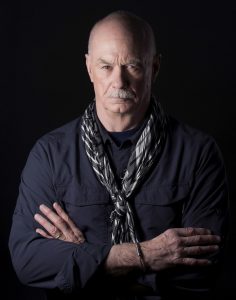 A conversation with award-winning journalist David Wood titled “The Moral Injury of War” will be hosted by Wright State University on Oct. 26.

The event will be held from 1:30 to 3:30 p.m. in Schuster Hall in the Creative Arts Center. It is free and open to the campus community and public.

Wood, author of “What Have We Done: The Moral Injury of Our Longest Wars,” will be joined by Wright State student veterans Loghan Young, David Berry and Ericka Carter. Moderating the conversation will be military historian Jonathan Winkler, chair of Wright State’s Departments of History and Modern Languages.

“What Have We Done” was the winner of the 2017 Dayton Literary Peace Prize for Nonfiction.

Wood has won a Pulitzer Prize for National Reporting, the Prix Bayeux-Calvados des Correspondants de Guerre, the Dart Award for Excellence in Coverage of Trauma, the Joe Galloway Award of the Military Reporters and Editors Association and the Gerald R. Ford Prize for Distinguished Defense Reporting.

The event is sponsored by the Veterans Voices Project, the Department of English Language and Literatures, the Division of Student Affairs, the University Honors Program, the New Media Incubator, the Department of History and the School of Music.