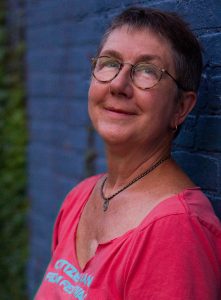 Past recipients of this award include Walter Cronkite, Bill Moyers, Robert Redford, Ken Burns and Jacques Cousteau. Reichert will be presented with the award during a Dec. 8 ceremony in Los Angeles.

For near 50 years, Reichert has been a filmmaker and an active builder of the American documentary community. Her films, co-directed with longtime Wright State professor Jim Klein and later with former Wright State professor Steven Bognar, have given voice to women and working people, infusing their stories with urgency and dignity.

Reichert’s first film, “Growing Up Female,” was the first feature documentary to grow out of the Women’s Liberation Movement. In 2011, the film was selected by the Library of Congress for the National Film Registry.

In 1971, frustrated with the lack of distribution options for films by and about women, Reichert and Klein co-founded New Day Films, the democratically run documentary film distribution cooperative. Forty-seven years later, New Day has over 150 active members.

Reichert’s film “A Lion in the House,” which she produced with Bognar, was a four-hour, two-part primetime PBS special and won the Primetime Emmy for Exceptional Merit in Nonfiction Filmmaking as well as the Henry Hampton Award for Excellence in Film and Digital Media.

For 28 years, Reichert was a professor of film production at Wright State in the Department of Theatre, Dance and Motion Pictures. She has mentored dozens of emerging filmmakers from around the country and is co-founder of Indie Caucus, the action group working to keep the documentary form alive and well on PBS. She is a member of both the Academy of Motion Picture Arts and Sciences and the Television Academy.

The International Documentary Association, based in Los Angeles, is dedicated to building and serving documentary filmmaking around the world and to supporting a thriving documentary culture. The association believes that documentary storytelling expands understanding of shared human experience, fostering an informed, compassionate and connected world.