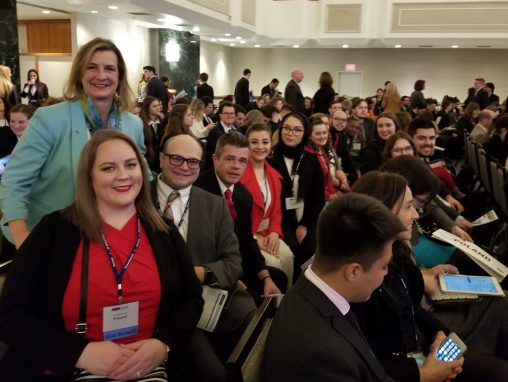 Wright State President Cheryl B. Schrader joined the Model UN team in New York including for the opening ceremony.

Competing with teams from 193 universities from around the world, the Wright State team was one of only 27 schools to receive an Outstanding Delegation Award, the highest recognition possible.

“The head delegates were leaders who earned the respect from the team, and the team stayed focused and came together to make Wright State’s 40th year at National Model UN an historic one,” Shannon added.

Each university is assigned a country to represent and students participate as delegates to various UN committees by engaging in debates and discussions about some of the most pressing issues in the world today. Representing Poland, the Wright State team researched and formulated political positions based on Poland’s policies. 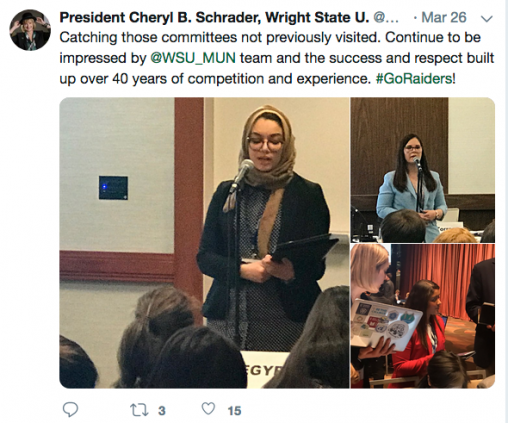 Social media posts during the conference offered a glimpse at behind-the-scenes preparation and teamwork, personal reflections, as well as good wishes and congratulations from supporters.

“The last four years have been an absolute blessing,” Daniel Palmer, a business economics major and veteran Model UN participant,said on Twitter. “This team helped shape me into who I am today.” 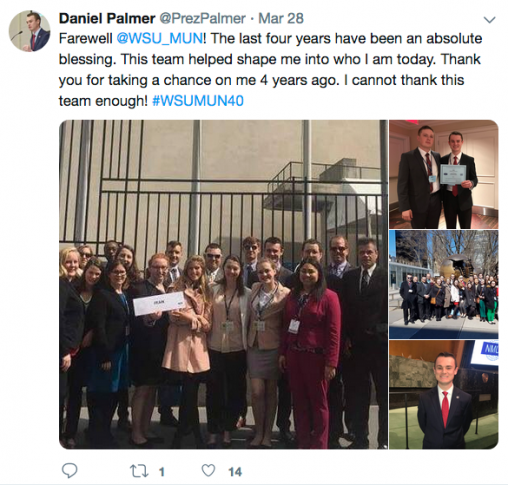 One of Palmer’s high school teachers was part of Wright State’s Model UN program and encouraged Palmer to join. Palmer interviewed as a freshman, made the team and has been involved the last four years. He will graduate from Wright State on May 4 and has aspirations to be president of the United States.

Wright State President Cheryl B. Schrader joined the Model UN team in New York and posted on her Twitter feed: “Continue to be impressed by @WSU_MUN team and the success and respect built up over 40 years of competition and experience.” 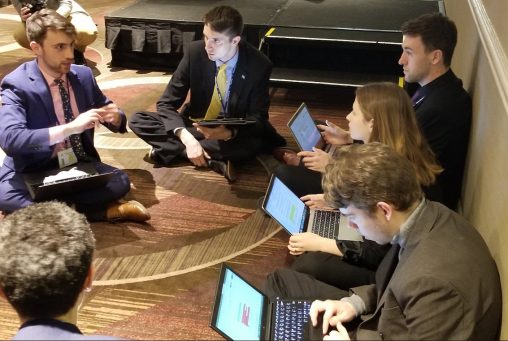 At work all week, Model UN team members collaborated on position papers at the national conference.

The Model UN program at Wright State is built around a spring semester course in Political Science, which emphasizes skills of teamwork, problem solving, diplomacy, public speaking, technical writing and researching. Preparation also involves learning how to implement a country’s policy, how to dress, how to act in committee and what to expect from other countries.

While many of the team members major in political science or other majors in the College of Liberal Arts, the program is open to students from all majors and colleges.

New member recruitment for the Model UN team takes place in September and October of fall semester each year. Joining the team involves three steps: an application, essay and interview. Students are also required to write a brief essay.