A mind for government 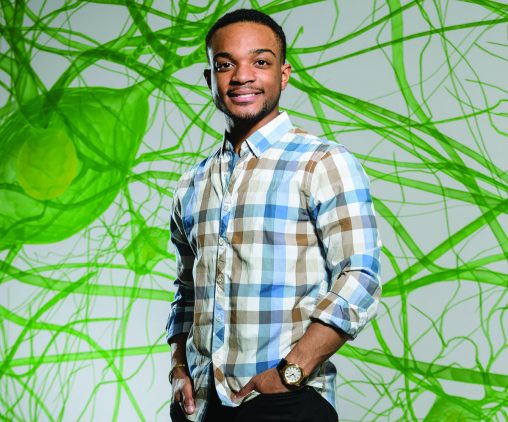 Adrian Williams, neuroscience major and vice president of the student body, wants to be secretary of health and human services someday.

Adrian Williams ’20 has embarked on his junior year at Wright State, but he has already accomplished more than most students his age and beyond.

For starters, he has traveled the world looking to fill his passion. Williams spent the summer of 2018 in Switzerland representing North America at the United Nation’s World Health Organization. While there, he worked to lobby for increasing access to medical technology, such as hearing aids.

“[I] got to meet the president of the World Health Organization and the director-general,” Williams said. “It was an awesome experience.”

“My favorite thing about Wright State is just the amount of people who care,” he said. “There are so many faculty, staff, and students who are all just committed to doing good.”

In 2018, Williams was Newman Civic Fellow, which recognizes students for being agents of change and civically engaged. He received the honor due to his record of working with minority groups.

“When I found out I was the civic fellow, I was just so excited to finally get a platform to work on issues that I’ve been passionate about all my life,” he said.

Williams said he chose Wright State because of the extensive research opportunities and the neuroscience program, but also because he could truly make a difference.

“I saw a chance to be an agent of change and get involved immediately,” he said. “I can get right in and start making a difference.”

When Williams graduates with his bachelor’s in neuroscience, he wants to pursue an M.D./Ph.D. joint degree, with a Ph.D. in neuroscience. He enjoys the prospect of blending the clinical experience with the unknowns of traditional laboratory research, as well as his end goal of working in the intersection of public policy, health care, and government. His dream job is to be the U.S. secretary of health and human services.

“Wright State helped me see the connection between politics and medicine/health care more clearly and it allowed me to finally put together the many diverse interests I have into a definitive career plan,” he said.