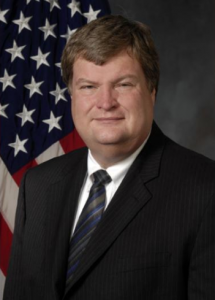 When Bill Harrison speaks, those interested in doing business with the Air Force listen.

Harrison is the director of small business outreach at the Air Force Research Laboratory, based at Wright-Patterson Air Force Base. As such, he can be seen as a kind of gatekeeper to anyone hoping to work with the largest single-site employer in the state of Ohio, a complex with about 30,000 Air Force and civilian employees.

This is an edited transcript of a recent interview with Harrison, in which he talks about Wright State University Applied Research Center’s (WSARC) recent $49 million Air Force contract award and other topics.

Question: Tell me about this new contract Wright State has won with the Air Force. Why was WSARC selected?

Harrison: “We selected them as a partnership intermediary because of the role they have been playing in the state of Ohio with the Ohio Federal Research Network. In that role, they’ve been engaging with Ohio research universities, and they really have begun to understand the challenges of working with research universities, and how they view that it’s very difficult to work with the Department of Defense. So we’re going to build on their knowledge, to build training programs, to build various engagements with academia, and then scale from Ohio to across the country in a logical, kind of spiral path.”

Q: What’s the potential here? Will this truly become nationwide?

Harrison: “Yes, absolutely, we want to go nationwide. Again, what we have seen with various programs — we fund a lot of very basic research with universities, but we don’t tap into some of the technologies quick enough to kind of help them move out. … Historically, we’ve never been able to pull the technology out very well. So we want to take a new effort to really get some return on investment and pull things out of the universities.”

Q: You’re also looking for the workforce of the future.

Harrison: “Absolutely. We have seen this as really key. Can we pull the technologies out into the small business world? That becomes a draw for workforce development. If it’s relevant technologies for the Air Force, that also gives us the opportunity to potentially hire some of the students when they graduate. So we again see this as a real benefit.”

Harrison: “Very much so, especially what we’re doing with the Small Business Innovation Research or SBIR and SBIR program. We’re right now standing up a center of excellence for that. We’ve been doing very aggressive efforts to do fast contracting. You’ve probably read some of that, with our pitch days, where companies come in and pitch and within 15 minutes we’re getting contracts. We’re doing a lot of pioneering with one-page contracts … We are trying to work at a pace that the small businesses want us to work. In some cases, we’ve been making first awards using the government purchase credit card, basically giving these small businesses (funds) up front to hit the ground running.”

Q: Is this center of excellence new?

Harrison: It will be based at Wright-Patt. … It will develop some best practices in the contracting space, in the financial management space, in the program management space, and then I’ll call it ‘the education space.’ How do we train people across the Air Force and train industry and academia on what we’re doing, how we’re making it easier for them to do business. We want to drive competition, but we want to drive it in a positive way to bring really cutting-edge technologies in. It’s a team that’s dedicated to doing that.

Q: How many small businesses are you in contact with, in Dayton and beyond?

Harrison: “I’d have to get back with you to give you accurate numbers. But in the Dayton region, it’s literally hundreds. Across the state, again, in the hundreds. And nationally, thousands.”

Q: What else should we know about the Wright State project?

Harrison: “It’s going to be a bit more challenging. We work on different schedules. Universities, their prime mission is training students and getting them to graduate. Again, that fits into our workforce. But again, they do a lot of cool research in advanced technologies. We’re going to harness that.”