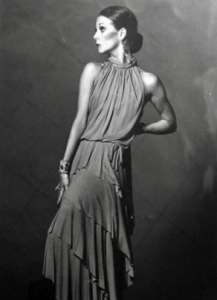 The Wright State University community fondly remembers the life and legacy of former associate professor of dance Kathy Alexander (professionally known as Suzanne Walker), who passed away Aug. 17 at age 71 having battled an incurable degenerative disease.

The Oakwood native, initially trained in dance by Josephine and Hermene Schwarz, served as associate professor of dance from 1982 to 2001. Prior to her arrival at WSU she was a professional dancer, actress and singer in New York City for 13 years appearing in four Broadway shows, an off-Broadway show, and touring companies nationally and globally.

During her career she performed alongside legends such as Ginger Rogers, Katharine Hepburn, Liza Minnelli, and Mikhail Baryshnikov and danced for celebrated Broadway choreographers such as Michael Bennett, Tommy Tune, Donald Saddler, and Ron Field. In fact, she beautifully performed the role of Dream Laurey opposite Baryshnikov in “Baryshnikov on Broadway with Liza Minnelli” in 1980. In addition to choreographing for WSU dance concerts, she also created routines for Dayton Ballet.

“Kathy Alexander was one of the titanic forces that forged our Dance program and helped build this department’s national reputation,” said Joe Deer, professor and chair of WSU’s Department of Theatre, Dance and Motion Pictures. “She was revered for her high standards of technique, discipline and professionalism. Her many alumni have reached out with countless stories about her indelible influence on their lives. I had the pleasure of working with Suzanne for the first four years of my time at Wright State, notably our first production of ‘Chicago.’ She was an old-school pro who fiercely supported her students and worked to create the very best productions possible. Dayton and Wright State University have lost a giant. I know I speak for my colleagues past and present when I share our condolences to her family and the many alumni she helped shape.”

“She changed the trajectory of my life,” echoed Michelle Goodman, WSU senior lecturer of Theatre Arts. “I was one of Suzanne’s students. In her approach to teaching, she always saw what someone’s potential could be and encouraged you to reach that potential. She made me think outside of the box, to think differently. I was a ballet dancer but I learned I could also be a jazz dancer and do musical theater. When you think ballet you typically don’t think musical theater or auditioning for Disney, but she taught us to think career-minded. She encouraged performance. She also encouraged me to audition for Dayton Ballet and in 1994 she encouraged me to take a position at Wright State as an adjunct. Every time I walk into the studio I think of Suzanne, especially the way she treated her students. We wanted to make her proud of us. I’m eternally grateful. She impacted all of us. She perfected the art of changing lives.”