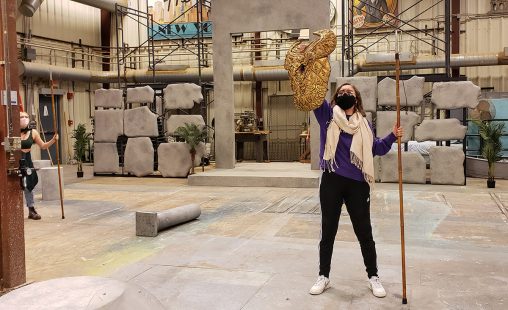 Performances will be presented on Saturday, April 10, at 6 p.m. and Sunday, April 11, at 2 p.m. at Wright State’s outdoor amphitheatre, next to the Medical Sciences building.

A limited number of tickets are available for free but must be reserved in advance by contacting the Theatre Box Office at 937-775-2500. Tickets will not be available on the day of the performance.

“Antigone” is often called one of the greatest, most moving of the ancient Greek tragedies. It continues to be relevant today because of its depiction of the struggle between individual conscience and state policy and its examination of the nature of human suffering and grief.

Wright State’s production has a contemporary quality, in part because of the modern language translation by Nicholas Rudall, and because it resonates with modern political and social moments in the ways it depicts young people challenging government authority in pursuit of justice.

“This play couldn’t be more relevant as it reflects the hundreds of thousands of people worldwide who will no longer stand for injustice codified in their governments,” said John Lavarnway, “Antigone” director and a Wright State Theatre staff member.

He said it’s an ideal time to produce “Antigone” since it was written to be performed outdoors and since the original actors wore masks the characters’ expressions were written into the dialogue.

“We have come up with a concept that blends the ancient with the modern in this truly timeless play,” Lavarnway said. “The young actors who have been sidelined for a year are so grateful for the opportunity to perform together in person before a live audience.” 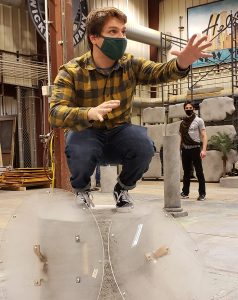 Lavarnway described the campus amphitheatre as a performance space that is both modern and reflective of the ancient Greek theatres the play would have been first seen in over 2,000 years ago.

“It will be exciting to perform in Wright State’s outdoor amphitheater — the first production staged there by the theatre department in at least 30 years,” he said. “The space is dynamic and full of possibilities, and I hope just the beginning.”

Actors have rehearsed under COVID-conscious conditions with regular mandatory testing, masks, physical distancing and sanitary care in the creation of costumes and scenery.