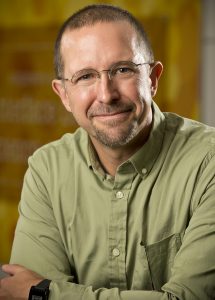 Michael L. Raymer, Ph.D., professor of computer science and engineering in the College of Engineering and Computer Science, received the 2020–21 Trustees’ Award for Faculty Excellence.

Raymer has been an exemplary member of the Wright State faculty for more than two decades. He has excelled in all aspects of his profession, being a consistent contributor in teaching, research and professional service.

He has led major research efforts, developed curriculum and served in a number of high-profile service roles within the university.

Raymer has published more than 75 peer-reviewed publications, published one of the first textbooks in bioinformatics and co-founded a company that reviews forensic DNA evidence in criminal cases. He has also attracted millions of dollars in research funding and supported large numbers of graduate student researchers.

Raymer’s research interests cut across disciplines including biology, chemistry, computer science, engineering and education. He is comfortable teaching courses that include biology, statistics and computer science, and he mentors undergraduate and graduate students from multiple disciplines. A number of his students are now employed in top companies doing work related to data science and data analytics.

Raymer has participated in Ph.D. programs in engineering, electrical engineering, biomedical sciences and computer science and engineering. He has served as a faculty senator, member of the Research Council, member of the Graduate Council and member or chair of a host of other committees.

Raymer has received numerous distinctions for his teaching proficiency including the Robert J. Kegerreis Distinguished Professor of Teaching Award, the College of Engineering and Computer Science Teaching Award (twice) and the Outstanding Engineers and Scientists Award from the Affiliate Societies Council of Dayton.