Wright State, Fairborn and YMCA will explore partnership on a possible new facility on campus 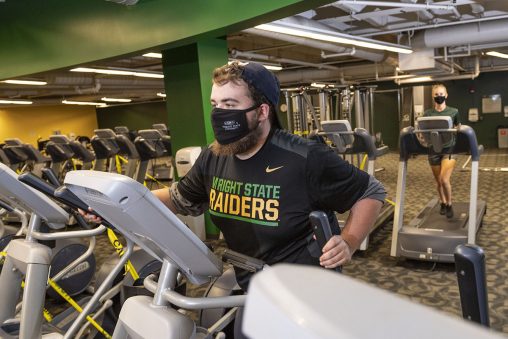 As conceived, the facility would replace Fairborn’s existing YMCA and be located on undeveloped university property along Colonel Glenn Highway.

The idea was inspired in part by a YMCA that opened on the campus of Wichita State University in 2020.

Officials would like to replace the facility with something new.

“We are thrilled to partner with Wright State University and the Dayton YMCA to explore building a new facility in Fairborn that will benefit the community at large, while also enhancing the landscape along Colonel Glenn Highway,” said Fairborn City Manager Rob Anderson.

In addition to meeting the needs of the Fairborn community, a new YMCA on Wright State’s campus is seen as a way to provide additional services to students — especially those living on campus — and to faculty, staff and their families. It would supplement services currently offered by the Campus Recreation Fitness Center in the Student Union.

The Fairborn YMCA was established in 1946 and serves over 6,500 families in the Fairborn community. The YMCA of Greater Dayton is a nonprofit 501(c)(3) and has served the Miami Valley for 152 years. With the community in mind, the Y is always interested in sitting down with potential partners to discuss plans that make a positive impact.

The partners will begin working on specifics, including design plans and financing options. More information will be provided as the project moves forward.