Decorated surgical professor to give keynote address at trauma symposium 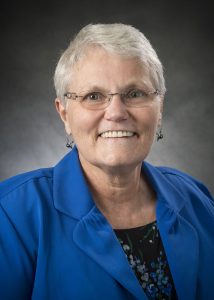 Mary McCarthy, M.D., professor emeritus of surgery at the Wright State University Boonshoft School of Medicine, will deliver the keynote address at the annual Trauma and Critical Care Update symposium on May 20 at Sinclair Community College’s David H. Ponitz Center.

McCarthy will speak from a historical perspective as, in essence, the mother of modern trauma care in the Miami Valley. McCarthy was a founder of the Miami Valley Hospital and Boonshoft School of Medicine’s Level 1 trauma program more than 30 years ago and continues to teach the latest procedures and practices.

“My talk is about trauma old and new, about the evolution of the type of care we provide,” McCarthy said.

The symposium is open to health care professionals throughout the Dayton area.

The Boonshoft School of Medicine recruited McCarthy, a California native, when she was a trauma director in Indianapolis. When she joined Wright State in 1991, “my goal was to have the trauma program verified by the American College of Surgeons in 18 months, which we did,” she said. “We’ve made a lot of changes in trauma care since I joined Wright State.”

She said the trauma program was coordinated with all hospitals in the Miami Valley, intending “to bring everybody up to speed on how to treat patients with the same guidelines and protocols that were known nationally.”

Trauma is defined as bodily injuries from vehicle crashes, shootings, stabbings, farm accidents, and severe head injuries, among others.

McCarthy enrolled in medical school not with the idea of becoming a surgeon, but she chose that field through inspiration.

“My first week of medical school I scrubbed into a surgical case,” she said.

Afterward, she recalled, “I thought it was a miracle, to address patients and their diseases through surgery. I decided at that time to be a surgeon.”

At that time there were few women in the surgical field.

“When I started residency in 1977, very few women were going into the field,” she said. “Gradually over the years, more women entered surgical residencies — including my oldest daughter.”

McCarthy said the American College of Surgeons noted in its monthly publication that McCarthy and Bales are the first general surgery mother-daughter tandem.

McCarthy served as Wright State’s Elizabeth Berry Gray Endowed Chair from 2010 to 2018. In 2019 she was named a Master Surgeon Educator by the American College of Surgeons, inducting her into the Academy of Master Surgeon Educators. The academy recognizes surgeon educators who have devoted their careers to surgical education.