A heartfelt link to Wright State 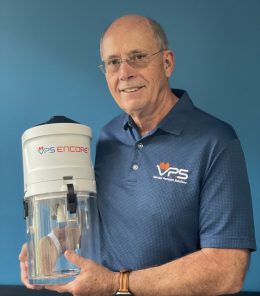 Let’s get to the heart of the matter, literally. Klaus Weiswurm attended but didn’t graduate from Wright State University.

Yet he’s making the university proud in part because of his breakthrough in keeping donor organs viable longer for transplant. The result promises to be a game-changer for those who need a new heart or other organs.

Weiswurm is a member of the board of advisors for Vascular Perfusion.Solutions, a San Antonio, Texas, company that has developed a device called VP.S ENCORE.

“The current method of care approved by the FDA,” Weiswurm said, “is to remove the heart or other organ and put it into a cooler with a bag of ice at the bottom and another bag of ice on top and go to the airport” to get the organ to the recipient. “When you put an organ on ice it starts to cause damage — the cells no longer get oxygen. The organ is just dying.”

He said the medical field refers to the time — four to six hours — between when a heart is removed and placed in a patient as “the magic window.” Weiswurm said this new device extends that window to 12 to 24 hours, as evidenced in ongoing pre-clinical animal trials leading up to hoped-for approval by the FDA.

For how Weiswurm came to be where he is now, we go back to the days following World War II. His father was one of more than 1,500 German scientists who were brought to the United States in Operation Paperclip to advance the country’s rocket and fledgling space programs. His father was in the group brought to what is now Wright-Patterson Air Force Base.

In 1969 Weiswurm enrolled at Wright State in the systems engineering program, which he said was “pretty fabulous. I turned down a four-year scholarship to Ohio State. My family still lived in Dayton, so it was convenient for me to stay. Plus, I liked the connection to the military and the base.”

Weiswurm attended classes part-time because he worked full-time at Systems Research Labs. “The time there was a great training and proving ground for me,” he said.

His time at Wright State also was good because that’s where he met the woman who is now his wife, Charla.

Neither of them graduated from Wright State; in 1976 they left Dayton for San Antonio to buy the business they currently own. Weiswurm finished his degree work at what is now Texas State University.

The business, originally known as Instruments Technology Machinery, was a small machine shop started by another Operation Paperclip scientist. Weiswurm slowly grew the business into one making specialized equipment for various industries.

Because the business was close to a nationally recognized Army burn treatment center, he became interested in equipment used in the medical field. In this case, it was kidneys.

He said burn patients often had problems with kidney failure. He worked with researchers on a way to “restart” a kidney, fueling his spirit in the process.

“It was the challenge of developing technology that hadn’t been done before. My interest has been in doing something that nobody else had done,” he said.

His solution was to make what he called tiny robots to open the tubules in the kidney.

“I was making those micromanipulators, that’s where my specialty was at the time,” Weiswurm said.

He continued his interest in developing equipment for medical problem-solving. His business, now called Innovation Technology Machinery, grew to now employ nearly 40, with his son as CEO and himself as chair.

Weiswurm, who describes himself as a serial entrepreneur, then connected with Vascular Perfusion.Solutions and is championing its VP.S ENCORE. The key to this device is that a donor heart can be kept secure and filled with a liquid to keep the cells oxygenated, making it viable longer.

“That expands the donor pool,” Weiswurm said. “That heart from San Antonio doesn’t have to go to a patient in San Antonio. That organ can go anywhere in the U.S.”

He added, “ENCORE is not in use, it’s preparing to enter animal studies followed by first-in-human trials for the FDA early next year and a subsequent approval by 2025.”

While busy with ENCORE and his life as an entrepreneur, Weiswurm made time to visit Wright State in July and September.

“I have this fondness for Wright State. It’s what started me on the path I’m on,” he said. “The engineering that I did there, the people I got to meet — there’s a kinship. I believe my interest in mentorship started there at Wright State.”

“Wright State started my journey into self-research and in wanting to solve problems,” he added. “Just because I didn’t graduate from there doesn’t mean I don’t have a strong connection to it.”