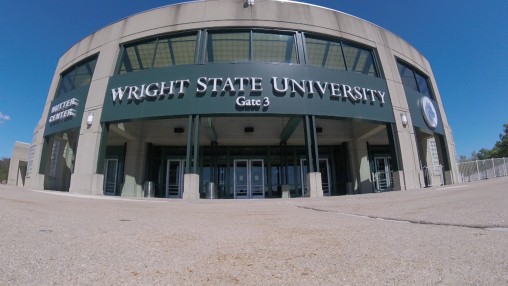 The Commission on Presidential Debates released the complete list of applicants on April 1, which includes colleges and universities from across the country. Wright State is the only Ohio applicant. The commission has not announced how many debates it plans to host.

Wright State is interested in hosting a debate because of the national and international attention that landing such a prestigious event would bring. The university also sees it as a unique learning and civic opportunity for students and professors to fully engage in our country’s democratic process.

“Hosting a presidential debate represents an opportunity for us to share with the world who Wright State is and what it stands for — a university in Fairborn, Ohio named after the Wright brothers that’s dedicated to transforming the lives of its students and communities it serves,” said Wright State President David R. Hopkins. “Our democracy conducts political debates for the same reason professors and students engage in classroom debate every day at Wright State. Critical thinking and open discussion empower our students and our communities with knowledge and perspective that helps move us all forward.”

“We are hopeful Wright State will have another chance to be at the epicenter of our country’s democratic process for the value it will hold for our students, our community and our county,” Hopkins said. 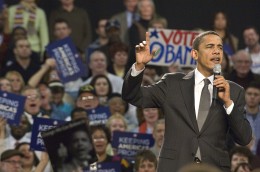 Then-Senator Barack Obama held a rally on the Nutter Center’s main floor in 2008.

Wright State is proposing the debate be held on the main floor of the Wright State University Nutter Center.

Wright State and the Nutter Center are no strangers to presidential election cycle events.

“I think we have a very competitive package. The impact on the region will be significant,” said John McCance, Wright State advisor to the president for presidential debate. 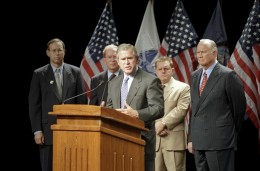 Among the requirements to host a debate, applicants must have an air conditioned space of at least 17,000 square feet, plenty of parking, robust internet service, a media filing center and parking lot and nearby hotels that can provide 3,000 rooms for the event.

It also takes a lot of community and statewide backing to be considered.

“We at Wright State are very lucky to have received very significant levels of support, starting with our federal and state-elected officials, county officials and cities of Dayton, Fairborn and Beavercreek,” McCance said. “It is indeed a win for the region. You look at something of this magnitude — in the last presidential cycle, there were only four debates.”

Representatives from the Commission on Presidential Debates will visit Wright State this summer and make a decision by October 2015.