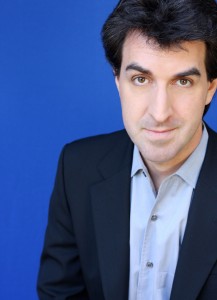 Both stars’ workshops are organized by the Musical Theatre Initiative at Wright State University.

He will also present a solo concert at Wright State’s Festival Playhouse on Dec. 2 at 8 p.m. Tickets can be purchased through Wright State’s theatre box office at 937-775-2500 or wright.edu/tdmp.

Jason Robert Brown will be in Dayton on Feb. 25, 2016, for an intimate concert at 8 p.m. at the Victoria Theatre in downtown Dayton. Brown’s concert is co-presented with The Victoria Theatre Association. Tickets can be purchased at 937-228-3630 or at ticketcenterstage.com.

On Feb. 26, Brown will visit Wright State to give a lecture and discuss his work with students in the Festival Playhouse.

In addition to Pascal and Brown, the Musical Theatre Initiative will welcome pop/rock master teachers Dave Clemmons (“Les Miserables”), Wendy LeBorgne (singing voice specialist and faculty member at the Cincinnati College-Conservatory of Music), Ethan Popp (“School of Rock” and “Rock of Ages”), Wendy Bobbitt-Cavett (“Mamma Mia!”) and others for a yearlong series of workshops with students and teachers focused on contemporary vocal and performing skills. 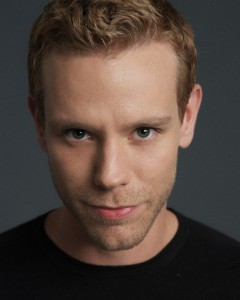 All workshops are free and open to outside student and faculty observers, but members of the public must register for each event by contacting amanda.brewer@wright.edu.

“This is the sound and style of the new Broadway. And we’re preparing our students to enter that world professionally. We’re opening the entire event up to the public as observers so that they can take advantage of a unique opportunity to meet some remarkable, very high-level artists up close and see them work with the talented students at Wright State,” Deer said. “Anyone who is interested in shows like ‘American Idiot,’ ‘Hamilton,’ ‘Mamma Mia’ or any of the jukebox musicals that have been on Broadway in the last few years will want to take advantage of an unusual opportunity to study them up close.”

Jason Robert Brown has been hailed as “one of Broadway’s smartest and most sophisticated songwriters since Stephen Sondheim” by the Philadelphia Inquirer, and praised for his “extraordinary, jubilant theater music” by the Chicago Tribune. His works has been heard all over the world, whether in one of the hundreds of productions of his musicals every year or in his own live performances.

He is the ultimate multi-hyphenate — an equally skilled composer, lyricist, conductor, arranger, orchestrator, director and performer — best known for his dazzling scores to several of the most renowned musicals of his generation, including “Honeymoon in Vegas,” “13” and “The Bridges of Madison County,” the recent film “The Last Five Years,” his debut song cycle “Songs for a New World” and the seminal “Parade,” for which he won the 1999 Tony Award for Best Score.

Adam Pascal emerged from New York City’s rock club scene to originate the role of Roger in “Rent.” Pascal was nominated for a 1996 Tony Award as Best Actor (Musical) and won a Drama League and Obie award for his performance as Roger.

Since then, he created the role of Radames in Elton John’s “Aida,” played the Emcee in “Cabaret,” Huey Calhoun in “Memphis,” Freddy in New York and London concerts of “Chess” and starred in a number of films, including “School of Rock” and “Rent.” He has also released two solo albums.

For more information on Musicals Rock and the Musical Theatre Initiative, contact Joe Deer at 937-775-2424 or joe.deer@wright.edu.