Walking his own path

Wright State student Roberto Clemente may share a name with his famous relative, but his story is much more than baseball 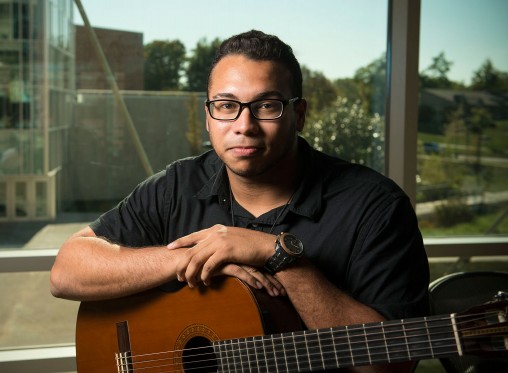 Wright State sophomore Roberto Clemente may share a name with his famous relative, but his story is much more than baseball. (Photos by Will Jones)

“Ever since primary school, on the first day of classes, each teacher goes through the list of students and says their names,” Clemente said. “When they would say mine, everybody would start looking around. When I raised my hand, the first question from the teacher was, ‘Are you related? How?’ And I had to tell the story.”

The sophomore mechanical engineering major has been asked to tell the story more than a few times since arriving at Wright State. But, although he is related to the Hall of Fame outfielder of the same name, Clemente’s story is about much more than baseball.

Luis Clemente and Sylvette Rosa Clemente recognized something special in their two children, something that demanded they maximize those children’s chances for future success. The determination to provide those opportunities led the family to move from Puerto Rico to Dayton.

“Why Dayton? I did my research,” said Sylvette, a hairdresser who now lives in Centerville with Luis and their 14-year-old daughter, Fabiola. “I looked at cost of living, colleges, schools. … I chose Dayton because, for me, my kids’ future was the most important thing. This is the land of opportunity.”

“We don’t just recruit students, we recruit families,” said Tony Ortiz, vice president for Latino affairs at Wright State. “That is especially true in the Latino culture. That family structure is very, very important. When a student from that culture comes to Wright State, we try to support that student, but we also try to reach out and support those families as well.”

“I think God put the right people in my path,” Sylvette said. “Tony Ortiz is like an angel to me.”

Roberto Clemente first became acquainted with Wright State through an uncle stationed at Wright-Patterson Air Force Base. Clemente was studying civil engineering and had joined the Air Force ROTC chapter at the University of Puerto Rico at Mayaguez.

“I want to leave my name printed on something new — some new airplane, some new piece of machinery,” Clemente said. “With Wright State and the Air Force, I think I’ll be working on the latest and greatest thing that might be out there engineering-wise.” 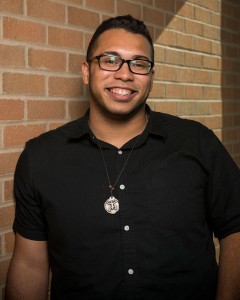 Roberto Clemente came to Wright State in part because of the support of the Office of Latino Affairs, which awarded him a scholarship.

Engineering and music were Clemente’s primary interests while growing up, although he certainly had the bloodlines for baseball.

His grandfather, Javier, was a half-brother of Roberto Clemente, the 12-time All-Star and 1966 National League Most Valuable Player. Javier’s family lived in the same barrio as Roberto’s biological family, but had little interaction with them.

Roberto Clemente can objectively be viewed as one of the best right fielders in baseball history. He won 12 consecutive Gold Glove Awards and four league batting titles. His 3,000th career hit, all but guaranteeing him a spot in the National Baseball Hall of Fame, came late in the 1972 season.

Just a few months after that hit, Clemente was dead. He was 38.

He perished in an aviation accident while helping deliver aid to earthquake victims in Nicaragua in December 1972. He accompanied that flight because previous aid to Nicaragua had been seized by corrupt local officials.

“You know that, in history class, you are going to learn about him,” said Clemente, who uses “Roberto Clemente Rosa” on social media and for other purposes.

Luis Clemente did not encourage his son to play baseball. He told Roberto his name would provoke unrealistic expectations and pressures from those watching him play. He instead pointed Roberto toward volleyball, where he performed well at the club level — the Roberto Clemente Sports Club.

“I do like baseball and I follow it; I just never wanted to play it,” Clemente said.

He had no hesitations about throwing himself into drums and guitar, playing in local bands. He recalled a high school teacher once needed a drummer for his band and chose Clemente, 15 at the time.

Although Clemente may not be part of Wright State’s nationally ranked baseball program, the 20-year-old still models himself, in many ways, after the famous player and Puerto Rican national hero with whom he shares a name.

“The charity work he did was very important,” Clemente said. “It signifies how much we care for our community. It demonstrates our humanity. I definitely want to continue that — not as a baseball player, but as an engineer. I want to show the community I want to be the best man I can be for the people who surround me.”