Caring for the most vulnerable patients 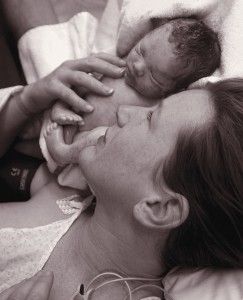 The master’s-level Neonatal Nurse Practitioner Program is designed for registered nurses who want to expand their experience in neonatal intensive care.

Recognizing an opportunity to meet a demand for advanced neonatal nursing care in the Dayton area, the Wright State’s College of Nursing and Health launched a Neonatal Nurse Practitioner Program.

The master’s-level program is designed for registered nurses who have experience in neonatal intensive care and want to build on that foundation to become neonatal nurse practitioners.

“We’re trying to impact the health and well-being of babies in the Miami Valley region,” said CONH Dean Rosalie Mainous, Ph.D. “I’m preparing nurses to take care of the most vulnerable among us to better society, to make sure we meet the expanding need, that we’re healthy and happy.”

According to the Henry J. Kaiser Family Foundation, Ohio ranks 13th in the United States in infant mortality, with 7.7 infant deaths per 1,000 live births. The national infant mortality rate is 6.6.

“There’s a public health need for nurses who are trained to take care of very high-risk infants and to help get this infant mortality rate down,” Mainous said.

The program will also meet local and national needs. For every neonatal nurse practitioner who graduates there are an estimated eight open positions nationally.

While the Dayton area has three NICUs, Wright State’s program is the first Neonatal Nurse Practitioner (NNP) program in the Miami Valley. Since she joined CONH as dean in 2011, Mainous received numerous requests to start a NNP program.

The program is sponsored by Dayton Children’s Hospital, a local partner that identified a need and has worked collaboratively with Mainous to make this a reality. Lisa Jasin, a neonatal nurse practitioner from Dayton Children’s, will teach the program content and run the clinical courses. Students will also have rotations at the hospital’s neonatal follow-up clinic, where they can work with specialists and children who were preterm infants.

Renae Phillips, the vice president for patient care services and chief nurse executive at Dayton Chidren’s, said that as the oldest NICU in the community, Dayton Children’s is a natural partner for the NNP program.

“It will be great opportunity for nurses in their graduate program to get exposure both here and at other sites across the city to see what really is required to practice in a neonatal nursery,” Phillips said.

“The nurse practitioner is an excellent provider of neonatal care,” she said. “We also know there are other NICUs in our communities and producing more locally focused nurses in this role is really important to us.”

Launching the program is a natural fit for Mainous. A board-certified neonatal nurse practitioner, she ran the NNP program at the University of Louisville School of Nursing for a number of years before joining Wright State.

The neonatal nurse practitioner specialty was formalized in the early 1980s by the National Certification Corporation, a not-for-profit organization that provides a national credentialing program for nurses, physicians and other licensed health care personnel.

They also usually manage several patients at a time. It’s often more cost-effective for a hospital to have a group of NNPs working alongside a doctor, Mainous said. Neonatal nurse practitioners are cost-efficient and can provide a high level of care, she said.

Wright State and the University of Cincinnati College of Nursing are collaborating on the Neonatal Nurse Practitioner Program, sharing courses that students at both colleges are required to take. The collaboration enables both colleges to offer courses the other could not.

It also helps make each program more cost-efficient by increasing the number of students in each class. Because of the specialized nature of the program, NNP classes are usually small. Wright State and Cincinnati have their own curriculum and will award their own degrees.

As it does for many of its programs, CONH has reached out to community health care providers to provide hands-on clinical training for its students.

Students will have clinical rotations in the NICUs at Dayton Children’s Hospital, Premier Health Miami Valley Hospital and Kettering Hospital. Allowing students to train at three different NICUs, Mainous said, allows them to learn from different doctors and nurse practitioners and exposes them to different methods of care each hospital may employ.

“We already have a very positive reputation in graduate education, and we have a portfolio of several nurse practitioner concentrations as part of our master’s degree ” she said. “This (NNP) was a hole in that spectrum that I was able to fill because of my background and experiences. It’s a good fit into an existing model that was already successful.”