Wright State’s School of Music will kick off the holiday season, honor veterans and remember World War I with the popular “Holidays in the Heartland” concert.

A Miami Valley tradition for almost 20 years, “Holidays in the Heartland” will be presented Sunday, Nov. 2, at 7:30 p.m. in the Schuster Performing Arts Center in downtown Dayton.

Hank Dahlman, D.M.A., Wright State director of choral studies and artistic director of “Holidays in the Heartland,” described this year’s concert as an “important event, celebrating our veterans, and in fact, all who are serving or who have served in defense of our country throughout it’s history.”

“It should be a wonderful concert of important music from the heartland focusing on the rich musical heritage of World War I,” Dahlman said. 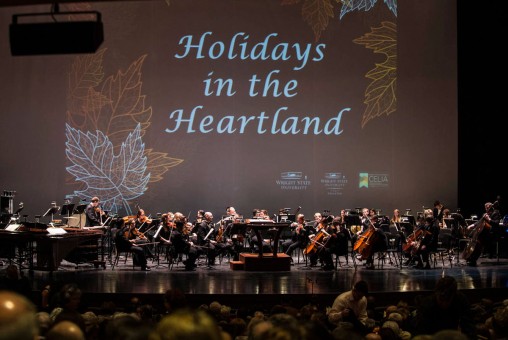 Wright State continues its World War I project, while kicking off the holiday season and honoring veterans, with the popular “Holidays in the Heartland” concert Nov. 2 in the Schuster Performing Arts Center.

The concert is part of “A Long, Long Way: Echoes of the Great War,” a yearlong project organized by Wright State’s Ohio Center of Excellence in Collaborative Education, Leadership and Innovation in the Arts (CELIA), a unit of the College of Liberal Arts.

The project presents music, poetry, exhibits and film to inspire understanding of WWI. It involves the creative work of faculty and students from the Departments of History and English Language and Literatures and the School of Music.

The centerpiece of “Holidays in the Heartland” is a selection of popular songs and classical music from World War I interspersed with commentary from Paul Lockhart, Ph.D., professor of history and CELIA Senior Fellow.

Music faculty members Steve Aldredge on piano, Frank Cox on cello and Tom Sobieski on violin will perform Maurice Ravel’s “Piano Trio,” which he completed before joining the French Army at the start of the war. 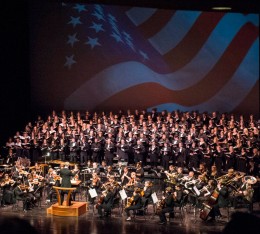 The centerpiece of “Holidays in the Heartland” is a selection of popular songs and classical music from World War I with commentary from history professor Paul Lockhart.

The Wright State Chamber Orchestra, under the direction of Jackson Leung, will perform “Jupiter, the Bringer of Jollity” from English composer Gustav Holst’s “The Planets,” which he wrote during the war.

The concert will also feature music from the “heartland in war and peace,” with songs from the American Revolution, Civil War and the end of the 19th century, as well as patriotic tunes honoring military veterans.

Tickets are $12 for adults and $10 for students, seniors, veterans and active military and are available at Ticket Center Stage by calling (937) 228-3630 or at ticketcenterstage.com.

“Holidays in the Heartland” is presented by CELIA, the School of Music and the College of Liberal Arts and sponsored by Dayton Public Radio. 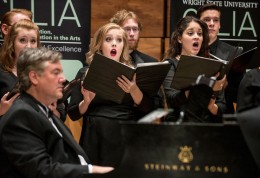 Held in the Creative Arts Center on Oct. 11, “While Your Hearts Are Yearning: Popular Songs of the Great War” was the first program in the World War I project.

“A Long, Long Way: Echoes of the Great War” features several other major events in 2015: