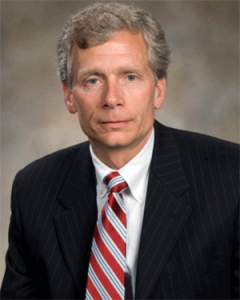 Gross’ lecture, “Reflections from an Outgoing Health Commissioner,” will focus on his experiences, good and bad. After 36 years of service in local public health, seven of which have been as health commissioner, Gross will retire in early 2015.

Gross serves on the voluntary faculty in the Boonshoft School of Medicine Master of Public Health Program and provides practical insights to the program. He is considered a primary communication link between the medical school’s Center for Global Health and the Miami Valley community.

As the chief executive officer of PHDMC, he oversees about 75 public health programs, 275 employees and an annual budget of $32 million. He also holds executive level positions in numerous local organizations, including the Human Services Levy Council, the Family and Children First Council and the Community Health Centers of Greater Dayton. He also has served as assistant health commissioner and held management positions with the Regional Air Pollution Control Agency.

He received his bachelor’s degree from Wright State in 1977 and was one of the first graduates of the medical school’s Master of Public Health Program in 2005.