Swiss students visit Wright State to learn about social work in the U.S. 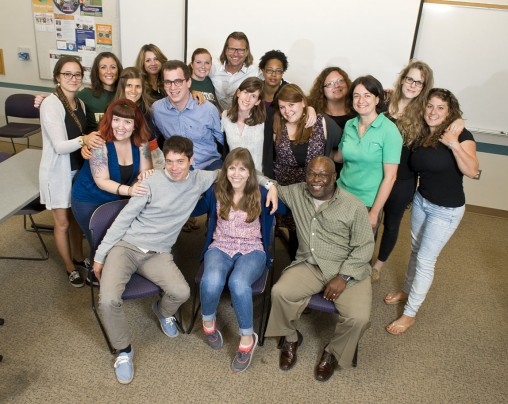 Students from Switzerland’s Zurich School of Applied Science visited with Wright State social work faculty and students earlier this month during an exchange program focused on comparative social work and its practices.

The undergraduate and graduate students were on campus July 6 to July 18 to discuss the differences in social work practices between Switzerland and the United States. The class also went on field trips to Chicago and around the Dayton area to see issues that social workers deal with on a daily basis.

“There is no way you can develop a partnership or relationship if you don’t become transparent. So, as a first-time instructor of this exchange that’s my initial goal,” said Greg Meriwether, instructor of social work at Wright State who helped coordinate this year’s exchange. “The second is to learn how the Swiss social welfare system works and the kind of things they do to empower people.” 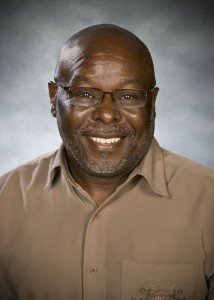 Greg Meriwether, an instructor of social work at Wright State, helped coordinate this year’s social work exchange between the university and the Zurich School of Applied Science.

Students noticed a difference in social workers in the two countries.

“I saw the passion when people talk they want to change something. We have our passion, but it’s not like yours,” said Nella Fagone, an undergraduate student from the Zurich School of Applied Science. “Here, it’s more passionate and that’s what I’ll take with me.”

“Social problems are due to individual problems,” said Fagone. “In Switzerland, everything is structured from top (government) down (the people).”

She said social workers in the United States must figure out how to solve common issues for individuals on a state and individual level, but social work in Switzerland is structured very differently because the government provides resources.

“In some ways there are no comparisons. Switzerland is smaller than Ohio. A big difference that influences social work is the different economic situations in both countries,” said Uwe Koch, professor at Zurich School of Applied Science who has assisted in creating this exchange. “The unemployment rate in Switzerland is much lower and the government and states have more tax money to spend for social issues like financial aid, social security and services to families, which reduces the poverty and homelessness significantly. On the other side, Switzerland can learn a lot from the U.S.”

“It’s easier to treat problems in Switzerland than in the United States,” said Lena Maurer, a graduate student from Zurich. “In Switzerland, our people in poverty are richer than yours. … Everyone has those basic insurances to protect them.”

She explained that America’s problems are similar to those in her country but on a grander scale.

Fagone said she is worried about “the 7,000 homes not being used in Dayton so I can focus on that in the next few years. There’s something to be done, … now I saw how people lived, I saw it so deeply. It’s very interesting, and I would like to come back.”

Both students agreed that participating in an exchange program could be beneficial for everyone.

“You can take something with you back home. It’s a big win for everyone,” said Maurer. “You have connections with people you would never have had. I wouldn’t have had that if I came as a tourist.”

In order to participate in the exchange, Swiss students have to be farther along in their bachelor studies or master program and are required to have social work experience and good English skills.

Wright State students must have a 2.5 GPA or higher, submit an application and be interviewed. Students of any major are welcomed to apply.

The exchange is limited to 10 students in the summer of 2016.

For more information about participating in the Swiss exchange program, contact Greg Meriwether at 937-775-2751 or gregory.meriwether@wright.edu.