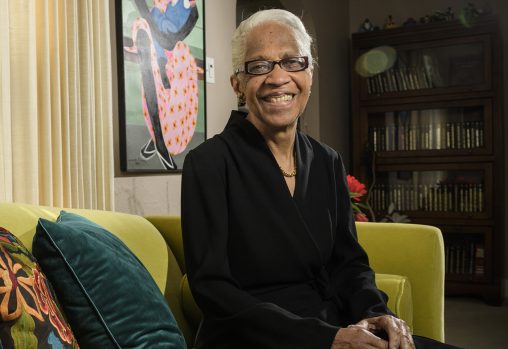 Margaret Peters, whose teaching, writing and activism have had a profound impact in advancing civil rights and the field of African-American history, will receive an honorary degree during Wright State’s spring commencement ceremony.

Margaret Peters, whose teaching, writing and activism have had a profound impact in advancing civil rights and the field of African-American history, will receive an honorary degree from Wright State University.

The longtime Dayton educator, writer and scholar will be presented with the degree during spring commencement on Saturday, April 28. The ceremony at the Wright State Nutter Center begins at 10 a.m.

Peters graduated from Roosevelt High School in Dayton in 1954 and earned two bachelor’s degrees and a master’s degree from the University of Dayton. With certification as an education supervisor, she began a 30-year career in Dayton Public Schools in 1963, teaching at Roth High School and Colonel White High School, from which she retired in 1993.

Peters published important articles and books on black history. She quickly became and remains the key authority on African-American life in the region. She has been president and president emeritus of the Dayton chapter of the Association for the Study of African American Life and History.

Writing about Peters, U.S. District Court Judge Walter H. Rice and longtime Wright State history professor Jacob H. Dorn called her “a legendary figure in Dayton for her extraordinary influence in Dayton Public Schools, her research, teaching and writing about black history, and her constructive activism in the movements for peace and for civil rights for all people.”