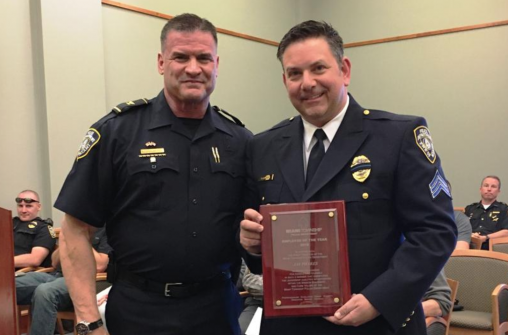 Police Sgt. Jay Phares has been named the 2018 Miami Township Officer of the Year.

Phares, a 29-year veteran of the department, was selected by his peers for the award announced earlier this month, according to the township.

Phares graduated from Wright State in 1999 with a B.A. in Sociology.

Phares, who started his career with township in 1990 as an auxiliary patrolman, is a graduate of Wright State University and a the U.S. Army veteran of the Persian Gulf War.

He became a patrol officer for the township in 1993. Among the positions has had had include bike patrol officer, detective, senior Intoxilyzer operator and resource officer. Phares received a promotions to staff sergeant and currently serves as patrol sergeant, according to the township.

He was previously named Law Enforcement Officer of the Year by the Montgomery County Association of Chiefs of Police in 2003.