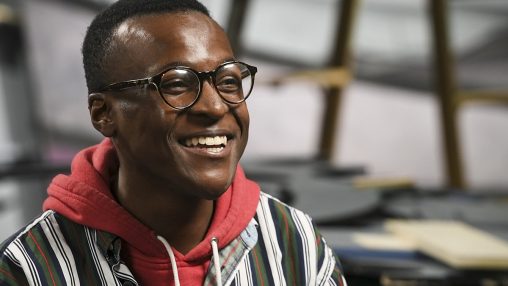 Mark Antony Howard, a musical theatre major, has performed at ArtsGala as a singer, dancer and mime.

It’s like a scene from “The Great Gatsby,” the classic F. Scott Fitzgerald novel that features elegant, extravagant and opulent parties of music, dancing and laughter.

That’s ArtsGala at Wright State University, says Mark Antony Howard, a musical theatre major from Kettering and one of the many beneficiaries of ArtsGala scholarships.

“It is a night of elegance and a night of art,” said Howard. “It’s incredible.”

ArtsGala, in its 21st year, is Wright State’s annual premier arts event and fundraiser. It will be held Saturday, March 28, from 6 p.m. to midnight in the university’s Creative Arts Center. Tickets, which cost $250, $350 or $550 each, can be purchased at wright.edu/artsgala.

ARTSGala has raised nearly $3 million in scholarships for fine and performance arts students. The event features delicious food and drinks, a silent auction and performances throughout the night from Wright State dance, theatre and music students and demonstrations from motion pictures and visual arts students.

Howard, who has performed at ArtsGala as a singer, dancer and mime, said he would not have been able to afford college without an ArtsGala scholarship. 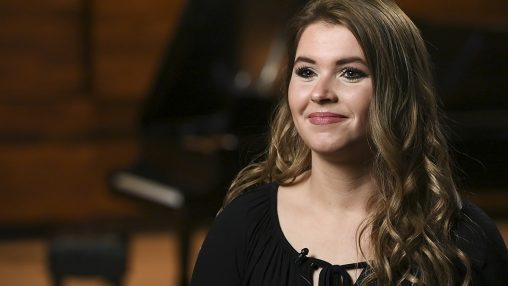 An ArtsGala scholarship made it possible for Natalie Drury, a vocal performance major, to continue her college education at Wright State.

Natalie Drury, a vocal performance major from Lebanon, Ohio, said it would have been very difficult for her to continue her college education without the scholarship.

She returned to her native Ohio after studying at a college in Virginia and upon hearing wonderful things about Wright State’s music program decided to audition.

“When I auditioned I was met by wonderful faculty, people who I felt were really for me and were wanting to see me invest in this degree and believed in me. I auditioned and about 10 minutes later was told there was a scholarship package,” she said. “So it’s given me a wonderful opportunity.”

Denise Geier, a visual arts major, said winning an ArtsGala scholarship, made a huge difference by easing the financial burden of her attending college.

“Studying art is something I’ve always wanted to do; it took me awhile to make the decision to do it,” said Geier, who is married with two children, ages 5 and 8. “I was afraid, I didn’t have the confidence, and the cost was something that always made me hesitate.”

She said winning the scholarship gave her a boost of confidence knowing there is a community that supports and believes in her. And it will enable her to take a study abroad trip to Italy. 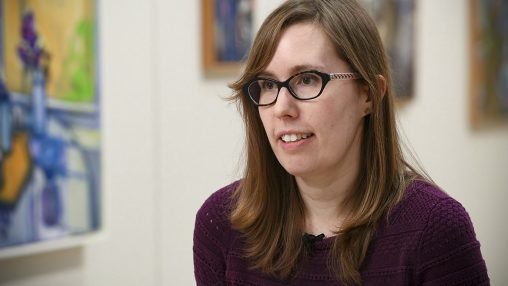 Denise Geier, a visual arts major, will participate in ArtsGala on March 28 for the first time.

“It is a life-long dream of mine to go to Italy and now I’m finally going to get to do it,” Geier said. “Life is short so I need to take the step and do it. And I wanted to show my kids that they should follow their dream.”

This year’s ArtsGala will be Geier’s first. “I’m nervous and excited to have the opportunity to have over 800 patrons see me working,” she said. “It’s very exciting.”

Drury said ArtsGala is a unique event in which the patrons can choose their own adventure.

“You can visit over 11 performances in fine and performing arts. You can also choose to walk through the art galleries,” she said. “I, myself, don’t even recognize the building as a student. It is absolutely transformed and it’s really beautiful. The magnitude and the work that goes into putting on this event is really quite amazing.”

Overseeing ArtsGala is Nick Warrington, director of events and community engagement for the Wright State College of Liberal Arts.