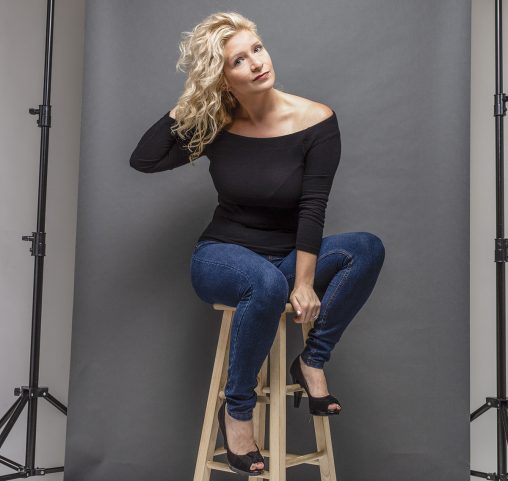 Her introduction to coordinating intimacy in motion pictures began with a slap and a kiss. Alumna Alicia Rodis, who was working in the stage combat and stunt industry, was brought in on a student film to help with a scene that called for a slap.

So the film director asked Rodis for her help on the kiss as well.

“I came over and approached it much like I do moments of violence,” she said. “We talked about the story, and the moments before the kiss, and everyone on the team relaxed.”

Today, Rodis is at the forefront of the intimacy coordination industry, which has grown quickly in the U.S. entertainment industry since the 2017 Harvey Weinstein scandal and the subsequent emergence of the #MeToo movement. Intimacy Directors and Coordinators (IDC) International that she co-founded has spread from the U.S. to Canada and the United Kingdom, certifying intimacy directors and coordinators around the world.

“As interest in this career pathway expands, so does our organization,” Rodis said.

Rodis grew up in Cleveland and graduated from Westlake High School. She said she was attracted to Wright State because its acting program was competitive and gave her the autonomy to also take musical theatre and dance classes. In addition, a directing lab enabled students to self-produce.

“Opportunities like this made Wright State stand out to me,” she said. “The program helped lay the foundation for my work in the stage-combat community. I grew as an actor, a movement professional, and a collaborator, all of which continue to inform my career.”

After graduating in 2005 with a bachelor’s degree in acting, Rodis worked as a professional actor and eventually found the stage combat and stunt industry. She trained with the Society of American Fight Directors, became a certified teacher, and transitioned to stunt work in film and television.

Stunt coordinators plan and oversee staged combat in television and films, while fight directors work in theater and live performances. Their job is to make fighting look realistic while keeping it safe for the actors and other performers.

“I come from a dance and martial arts background, and movement work was very empowering and interesting to me,” she said. 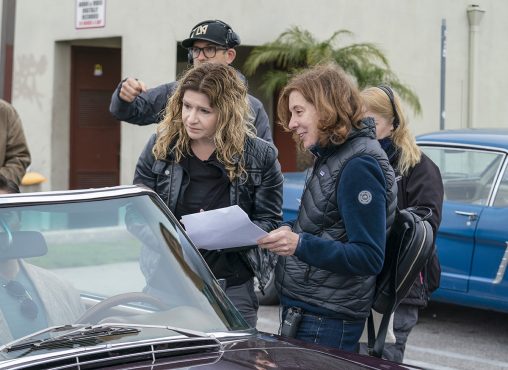 Alicia Rodis working on the set of HBO’s “The Deuce” with the show’s director, Susanna White. (Photo by Merie Weismilller Wallace/HBO)

The not-for-profit is considered one of the industry’s leading sources of training and hosts a variety of workshops and other learning opportunities year-round.

“Alicia exemplifies everything we hope for our graduates,” said Joe Deer, professor and chair of the Department of Theatre, Dance, and Motion Pictures. “She is working as a professional artist at the highest levels of show business with some of the most exciting creative collaborators, and she’s changing the world in the most positive ways. I couldn’t be prouder of a graduate.”

“Alicia’s visit to Wright State and the workshops she conducted for students and faculty and our community partners are helping create a culture of safety and awareness for our artistic community,” said Deer. “She has already had a deep impact on every level of theatre and film education at Wright State.”

Intimacy coordinators serve as advocates for the actors, liaisons for creative teams, facilitators of the stories, and sometimes choreographers.

“While all sets are different, having an intimacy coordinator provides support and specialized training to handle sensitive situations and eliminate the power dynamic an actor may feel while on set,” said Rodis. “We are not there to police the set, but to support the creative storytelling and the well-being of the actors. I keep things very scientific, using specific language regarding the body and placements, which helps maintain the professionalism of the work.”

While preparing for the second season of HBO’s “The Deuce,” actress Emily Meade told the show’s creators she would be more comfortable if there was an actor advocate for the sexual scenes. That led to their hiring of Rodis.

“The Deuce” is a drama series that portrays the beginning of the sex-trade industry in New York City’s Times Square in the early 1970s as the pornography business shifts to a legitimate, culturally accepted enterprise.

In an interview with HBO, Rodis said the first thing she does when she gets on the set of a production is to check in with wardrobe to see what clothing will be worn. Then she meets with the actors and directors, and helps facilitate a safety meeting to make sure everything to happen in the scenes is communicated and consensual.

“I help anchor the choreography for the scenes and make sure there is always an exit so if the actors need a minute, they can have a minute,” she told HBO. “And sometimes I’m checking the monitor to see what we’re showing and not showing. So there are a lot of moving parts.”

Rodis said good intimacy coordinators are people who are storytellers and choreographers who understand boundaries— creating and maintaining them.

“They are someone who can give movement coaching in the moment without degrading, pressuring, or coercing someone; someone who understands how sets work, who is both confident and humble; someone who can be a steward of trauma as that ends up being part of the job as well,” she said.

After the success of her work on “The Deuce,” HBO hired Rodis to help oversee HBO productions studio-wide. She has helped manage the intimacy coordinators for “Watchmen,” “High Maintenance,” “Crashing,” “Deadwood: The Movie,” and two upcoming series, “The Plot Against America” and “I Know This Much Is True.” 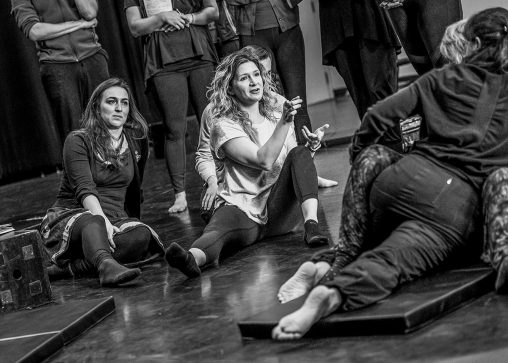 Rodis has also trained other intimacy coordinators through her not-for-profit to work on “Euphoria” on HBO and “Jett” on Cinemax.

“My hope is this helps legitimize the need for this position, ultimately making it a unionized, industry standard,” said Rodis. “With the increase in exposure, many artists are speaking out in support of this, especially as a solution to post #MeToo filmmaking.”

Rodis said there is a unified consensus that something has to change in the filmmaking industry.

“Having an intimacy coordinator on set can only help continue to create impactful, uncensored, meaningful stories,” she said.