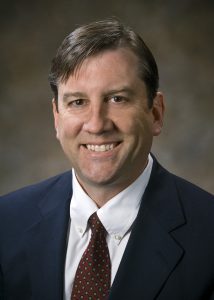 Tom Traynor is a leader in Dayton’s business education scene. Traynor, dean of the Raj Soin College of Business at Wright State University, has been with Wright State since 1988 and was named a professor of economics in 2003. He chaired the university’s department of economics from 1998 to 2001, and again from 2010 to 2016.

He spoke with the DBJ on The Coronavirus Aid, Relief, and Economic Security (CARES) Act, a more than $2 trillion economic relief package.

What has been the impact of the CARES Act on the national and local economy? How big a boost has it really provided?

The CARES Act and the other federal Covid-19 relief bills, despite their problems, have done much to prevent the economic downturn from being significantly worse than it has been.

Federal spending typically varies between $300 billion and $430 billion per month, but rose to over $979 billion in April because of spending under the CARES Act and the other federal Covid-19 related relief bills

Federal spending in May and the coming months will also be very high. While the funding has not always gone to the most needed places and there have been delays, it helped many. The net impact has offset much of the income lost by businesses and workers, preventing many business insolvencies and helping many households continue to purchase goods and services, particularly essential goods and services.

How quickly could we see a rebound to the national and Dayton-area economy?

This is the main question about the economy that is on everyone’s mind, but this recession is so different than past recessions since business cycles have been tracked accurately, making predictions very difficult. There are also many unknowns that will impact the economy. All I can offer are some observations:

How will the CARES Act impact the recovery?

The primary impacts of the CARES Act will be: