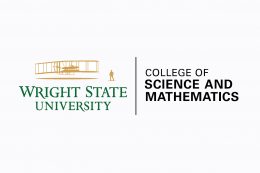 A $450,000 grant to conduct research related to the neurological disease ALS has been awarded to Wright State University by the U.S. Department of Health and Human Services.

Amyotrophic Lateral Sclerosis (ALS) is a devastating neurodegenerative disease that robs patients of the ability to move and breathe. It is commonly known as Lou Gehrig’s Disease for the New York Yankees star who died from the disease.

Affecting nerve cells in the brain and spinal cord, ALS starts with the progressive loss of muscle function followed by paralysis and ultimately death due to inability to breathe. There is no cure for ALS and no effective treatment to halt or reverse the progression of the disease. Most people with ALS die within three to five years from when symptoms first appear.

The research by Ju and Zhong is aimed at understanding mechanisms of the cellular toxicity of the protein-coding gene FUS, mutations in which cause ALS.

“Understanding why FUS is toxic and how modifier genes enable cells to survive hopefully will lead to the discovery of novel therapeutic targets, which are desperately needed for curing this devastating disease,” said Ju.

He said the researchers’ current focus is to examine how expression of FUS induces changes in the formation and dynamics of cytosolic RNA granules by studying its effect on a yeast model.

“Yeast has been commonly used in the scientific field as a model system to study fundamental cellular pathways that are conserved from yeast to human,” said Ju.

ALS is a multifactor disease resulting from complex interactions among genetic predisposition, environmental factors and aging. So instead of focusing on a single disease-causing gene, the researchers want to identify how other genes influence the cellular toxicity of FUS at the genome level.

“We have identified a set of very interesting human genes that reduce FUS toxicity in yeast. These modifier genes share similar functions in regulating RNA granules,” said Ju. “The next challenge is to figure out how these newly identified genes interact with FUS or with each other, and how their functions in regulating RNA granules may be required for rescuing cells from FUS-induced toxicity.”

Zhong recently received a research grant from the National Institute on Aging that uses a similar approach but focuses on a different neurodegenerative disease-causing protein.