Dayton.com: 5 reasons to see ‘Lend Me a Tenor’ at Wright State 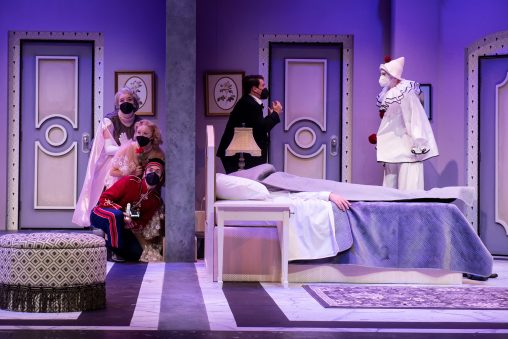 1. Guaranteed laughs from start to finish

Hailed by critics as “the most inventive, original farce in a long time” and “a furiously paced comedy with more than a touch of the Marx brothers,” “Lend Me a Tenor” remains one of the most popular American farces of the last 35 years. “We want to welcome our audiences back with an evening of pure silliness,” said Deer, in a release. “For me, it’s a chance to revisit one of my favorite plays and to teach students how this kind of comedy works – and they are very quick studies. This promises to be one of the most delightful shows we’ve ever done. I know our audiences will leave the theatre exhausted from laughing.”