The Wright State University Department of Public Safety honored several staff members for their hard work and dedication over the past year.

The department recognized the Officer of the Year and presented the Distinguished Service Award and Teamwork Award at its annual public safety award ceremony at the Student Union Hearth Lounge on April 4.

Police Officer Dena Neal, who’s been with the Police Department for over 20 years, was named the 2021 Officer of the Year.

“This past year, Dena stood strong while our department faced challenges with staffing being out due to illness,” said Kurt Holden, director of public safety. 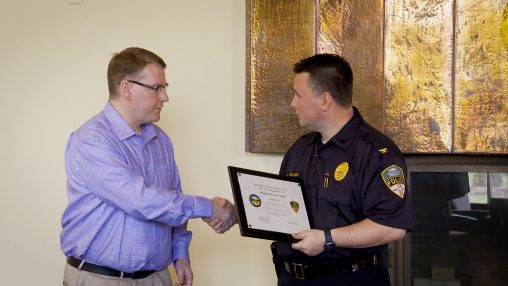 Benjamin Lootens received the Distinguished Service Award for his role as a records technician.

“Ben has taken the initiative to become self-taught in the systems and has also played an integral role in the contactless parking system the university has implemented,” said Holden.

The Teamwork Award was given to seven staff members working in the Emergency Communications Center and Records.

“The work of both of these units and the teamwork they have demonstrated to accomplish the tasks makes them more than deserving to receive such recognition,” said Holden.

Along with the public safety awards the Police Department promoted Zachary Norman to sergeant on March 22. Norman has been a member of the police force for 14 years, serving as a bike patrol officer, field trainer and special events coordinator.

Holden said the entire Police Department has handled numerous changes due to the pandemic this past year. He believes the department can be seen as an example for other agencies outside of Wright State. 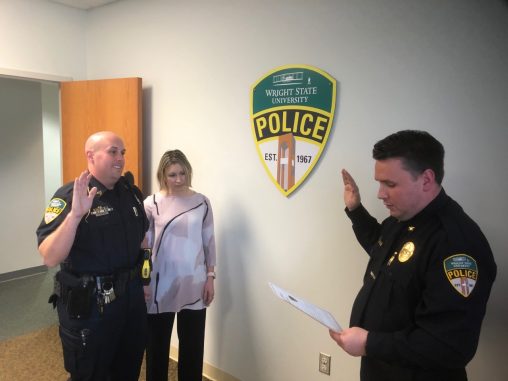