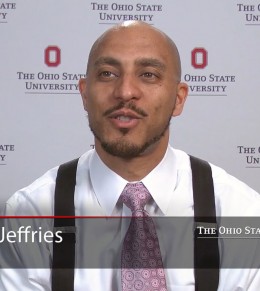 Hassan Kwame Jeffries, associate professor of history at The Ohio State University, will open Black History Month events with a presentation on Feb. 1.

Wright State will honor Black History Month by hosting speakers, an art expo, a poetry slam, film screening, dance performance by DCDC and a book discussion. All events are free and opened to the public.

On Monday, Feb. 1, Hassan Kwame Jeffries, associate professor of history at The Ohio State University, will open the Black History Month events with a presentation on “Making Sense of the Madness: Race, Racism and Presidential Politics in the Age of Obama.” Jeffries’ presentation begins at 6 p.m. in the Millett Hall Atrium. A potluck dinner will follow.

“I hope participants will understand that black history is a subject that is germane to all Americans,” said Edward Twyman, director of Wright State’s Bolinga Black Cultural Resources Center. “Many Americans simply may not be as cognizant important African Americans and the historical events and contributions of black people.”

“Woodson, the second African American, after W.E.B. DuBois, to earn a doctorate in history from Harvard in 1912, designated a week in February because that month held birthdays for Abraham Lincoln, Frederick Douglass and Booker T. Washington,” Twyman said. 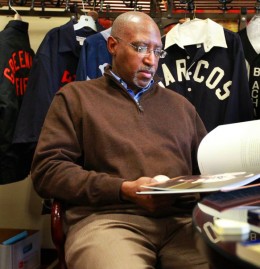 Michael Carter will discuss the Negro Leagues and Dayton baseball history on Feb. 10.

Wednesday, Feb. 10
1:25 p.m., Millett Hall Atrium
Sultans of Swing: 100 Years of Baseball, Jazz and Fiction: A panel discussion on “Leagues of Their Own: Women and African Americans in Baseball History”
Sponsored by Wright State’s CELIA 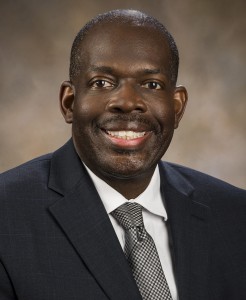 “During Black History Month, hopefully, Americans will reflect on the struggles and sacrifices that many people of different racial, ethnic, religious and cultural backgrounds fought to achieve equal justice,” Twyman said. “I hope people will better understand that black history is American history, and there is considerable work to be done to ensure the proper recognition of groups and individuals in our society who fight for justice and equality for all.”

“Recognizing and/or accepting the reality that blacks have contributed to America and these contributions are mostly devoid in our textbooks can go a long way in providing a truthful foundation for us to appreciate diversity and inclusion,” Twyman said. “We can take pride that great strides have been made, accept that disparities and unearned privileges exist. However, diversity and inclusion work begins with self. Each person has to urgently work to treat every person with dignity and respect and create fair and just processes for expanding opportunities to all.”

More information is available by contacting the Bolinga Black Cultural Resources Center at bolinga-center@wright.edu or 937-775-5645.