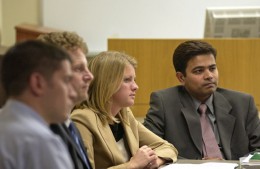 Students in the Raj Soin College of Business at Wright State University can brag their degree will be from one of the top 295 business schools in America according to The Princeton Review.

Wright State University’s Raj Soin College of Business has been named among the best business schools in the nation by The Princeton Review, winning the honor for the fifth year in a row.

“Each school in our books offers outstanding academics,” said Robert Franek, senior vice president and publisher of The Princeton Review. “We present rankings in several categories and detailed profiles of the schools to give applicants broader information to decide which law or b-school will be best for them.”

The Princeton Review compiled the list based on school-reported data and on surveys with 19,000 students attending the 295 business schools in the book. The 80-question survey asked students to rate multiple attributes of their schools, including their professors and fellow classmates. Some rankings factored in school-reported data. 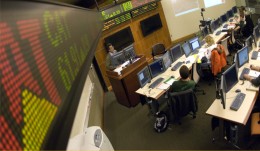 The Soin Trading Center at the Raj Soin College of Business has been recognized as one of the Top 10 trading rooms in the nation by BusinessWeek Online.

“Our MBA program has been continually accredited by AACSB International, a quality standard that only one in three business schools in the nation achieves,” said Joanne Li, dean of the Raj Soin College of Business. “Being named in The Princeton Review’s Best 295 Business Schools is yet another indication of the outstanding quality of our business program.”

The rankings factor in data from The Princeton Review‘s surveys of business school students completed during academic years 2013-12, 2012-11 and 2011-10. All institutional data were collected in 2012-13.

The survey asked students about their school’s academics, student body and campus life, and their career plans. On average, 64 students at each business school were surveyed for the list in the 2014 edition.

Successes by the Raj Soin College of Business include:

AACSB International Accredited—Achieved by only one in three business programs and 178 accounting programs nationwide.

Bloomberg’s BusinessWeek—one of four part-time MBA programs in Ohio to be nationally ranked.

Nation’s Only Five-Time Winner—Institute for Management Accountants, only university to qualify two teams for the finals three times and win two First Places in the same year.

First and Second Places for 10  Consecutive Years—Society for the Advancement of Management.

Soin Trading Center—Recognized as among the Top 10 trading rooms in the nation by BusinessWeek Online.

First in Ohio—ABET-accredited undergraduate MIS program in a business college.

The Princeton Review is a privately held education services company headquartered in Framingham, Mass. It is not affiliated with Princeton University.