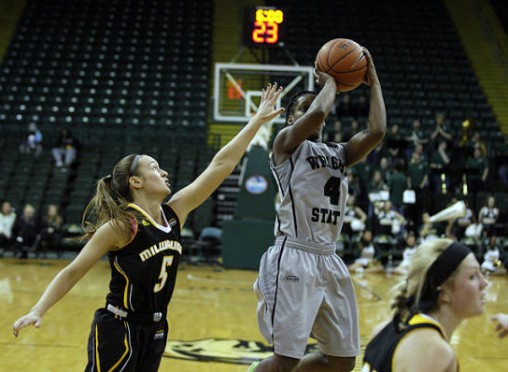 Kim Demmings pulls up for a jump shot during the women’s basketball team’s game against Milwaukee Jan. 21.

Demmings tied the record with her 2,340-career point, a three from the left wing at the 7:34 mark of the fourth quarter and then became the all-time scoring leader with a pull-up jumper in the lane with 5:99 remaining.

The senior guard finished with 25 points, giving her 2,345 for her career, ahead of Milwaukee’s Traci Edwards, who set the previous mark from 2005-09.