FRN Centers of Excellence to launch at CWRU, UD, OSU, WSU as a result of Round 1 grants 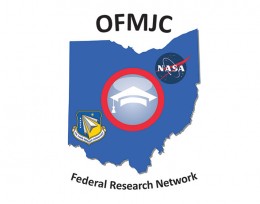 The FRN was established with a goal of expanding and strengthening the state’s research opportunities and the commercialization of developing technologies as well as helping position Ohio for future Department of Defense (DOD) and NASA initiatives.

These awards were made possible by funds provided by the Ohio Department of Higher Education. ODHE Chancellor John Carey and his team played a key role in framing this research initiative as a requirements-based project aligned with real-world requirements.

Gary O’Connell, chair of OFMJC, whose members were appointed by Ohio’s House, Senate and governor’s office, said, “The commission is excited to see the collaboration among Ohio’s universities and their focus on the needs of Ohio’s two major federal research hubs, AFRL and NASA Glenn. The funding the State of Ohio is providing to the Federal Research Network shows the commitment to grow Ohio as a top location for discovery and innovation.”

“The FRN will link private industry investment to the research assets of Ohio’s research universities and community colleges and Ohio’s federal research centers. This effort builds on successful collaboration models that have worked with AFRL, NASA Glenn and other installations in the past,” O’Connell added.

The investments are intended to grow federal research spending and create jobs in Ohio for government and industry-related activities, advance research initiatives aimed at emerging DOD and NASA requirements, enhance university collaborations with Ohio-based companies and have a broad economic impact on the state.

Today’s announcement is Round 1 in the FRN funding process. The awards will facilitate establishment of the first group of FRN Centers of Excellence (COE) on Ohio campuses.

Each project funded calls for university and industry cost-sharing and is based on a DOD or NASA requirement.

Each FRN Center of Excellence is committed to converting its investment into additional funding and business development activities and to foster greater collaboration among Ohio’s research universities.

The support and active participation of the Air Force Research Laboratory (AFRL), the National Air and Space Intelligence Center (NASIC), Naval Aerospace and Medical Unit in Dayton (NAMRU-D) and NASA Glenn Research Center are key to the FRN model and the success of the Round 1 process.

The grant recipients, their Centers of Excellence titles and funding awards are:

Funding awards were approved by a statewide FRN Executive Review Board (ERB), which reviewed the recommendations of a statewide Technical Review Council (TRC). Both the board and council include participants from industry, DOD, NASA, state offices and officials and Ohio universities. All funding decisions approved by the ERB were reviewed with the OFMJC and the Ohio Department of Higher Education before final awards were made.

According to Dennis Andersh, Wright State Applied Research Corporation’s chief executive officer, the total state FRN funding is $20 million over two years. He noted that two additional Centers of Excellence — the Command, Control, Communications, Computing, Intelligence, Surveillance and Reconnaissance (C4ISR), a Wright State-Ohio State shared center; and the Communications and Precision Navigation and Targeting at Ohio University — were not funded at this time. However, teams from both COEs are collaborating with their government counterparts to develop solid proposals during the Round 2 funding competition that was announced Jan. 29.

He added, “The FRN leadership team is working actively to make each Center of Excellence successful. Validation of the model will enhance the competitive posture of Ohio research universities and firms for future funding and will enable the FRN to seek state funding beyond 2017. It’s the intent of the FRN to fund the best proposals at the level required to successfully execute their approved statements of work.”

One such center, Wright State’s AHEAD Center of Excellence, is a model for the new COEs. AHEAD is credited with having created 575 jobs for Ohio, while winning $167 million in contracts and attracting $150 million in private sector advancement in its first three years of existence.

FRN Round 2 funding will be $8 million, according to Andersh, who thanked DOD and NASA leaders for their support throughout the process of developing the FRN. “A lot of people played a role in getting the network set up, and the continued backing of leadership at these agencies was vital,” Andersh said.

Robert E.W. Fyffe, vice president for research and dean of the Graduate School at Wright State, said, “The Federal Research Network is the result of what many consider an unprecedented collaboration among various leaders in government and higher education from throughout Ohio. Their efforts were esprit de corps from the beginning, and through many months of meetings and planning, partnership was the byword that made today’s awards possible.”

Added Wright State University President David R. Hopkins, “It makes me so proud to see that what started as a simple conversation between Wright State and Ohio State has evolved into so many Ohio research institutions working together to grow research and workforce development for the greater good of Ohio.”

The Federal Research Network was part of the state’s new Federal Military Jobs Commission proposal approved by Ohio’s legislature in summer 2015. In addition to aligning Ohio research universities with key government research requirements, the initiative also is intended to help differentiate Ohio from other states in case of any future activity.

For more information about the Ohio Federal and Military Jobs Commission and the Federal Research Network, go to ofmjc.atichcd.org.