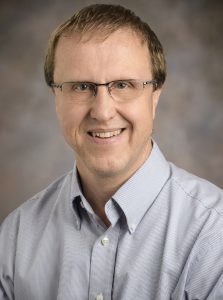 Mark Rich, professor of neuroscience, cell biology and physiology, received the Trustees’ Award for Faculty Excellence because of his dedication to research, teaching and service. He truly embodies the philosophy of “bedside to bench and back again.”

Rich’s research focuses on developing clinical interventions for diseases of peripheral nerve and muscle. Twenty years ago, he discovered that muscle in patients with critical illness myopathy is electrically inexcitable. Numerous researchers and institutions have replicated his work, and his discovery is now a well-recognized mechanism underlying weakness in patients recovering from critical illness.

Since then, he has given several national and international talks based on this research. “Rich’s discoveries have been truly groundbreaking in the field,” said Margaret Dunn, dean of the Boonshoft School of Medicine.

Rich is extending his research from skeletal muscle to other tissues. He was the senior author of a paper discussing a defect of excitability in the peripheral nerve published in the Journal of Clinical Investigation, a highly prestigious journal.

Since Rich joined Wright State in 2005, his research has been funded by the National Institutes of Health. As of March 2017, he has received more than $3 million in research grants.

Research is not the only area in which Rich excels. He mentors students in graduate and medical degree programs within the College of Science and Mathematics and the Boonshoft School of Medicine. He is the course director for the second-year medical neuroscience course and has received high praise for the active learning done in the course.

Rich has served as a mentor for junior faculty, several of whom have gone on to obtain funding from the National Institutes of Health. He also serves on numerous university committees and is on the scientific advisory board of the national Cure Spinal Muscular Atrophy organization.