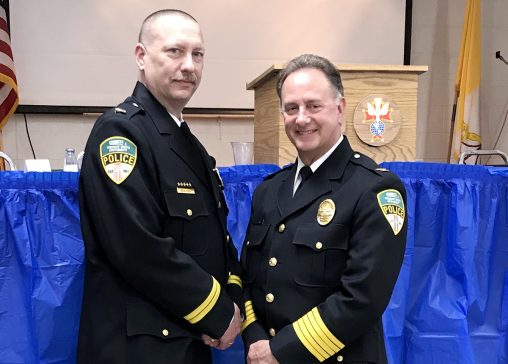 Lt. David Cox has been honored as the Wright State Police Officer of the Year.

Cox, who has been a full-time sworn police officer at Wright State since 1992, currently serves as the administrative division commander and is part of the command staff.

His duties include oversight in administrative areas such as the Emergency Communications Center, training, records and student patrol. He also plays an important role in Clery Act reporting, which enables students, faculty and staff to report crimes on campus quickly and effectively.

“No chief of police could ask for a better number two person,” Finnie said. “Lieutenant Cox has performed his duties over the years admirably and has been an integral part of the team. I am very proud to have him on my staff.”

“His dedication and willingness to serve and protect the Main Campus community is extraordinary and exemplary,” Finnie said. “Lieutenant Cox know the value of maintaining a safe environment for the community. He is committed to his job and protecting and serving the Wright State community.”