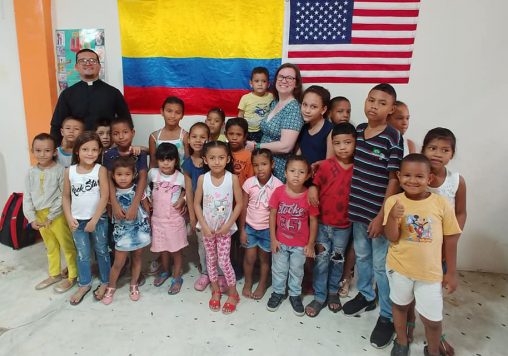 Through her foundation Footprints With Hope, Spanish and international studies major Rachael Mckinney has helped Women in Colombia develop skills that foster independence.

Mckinney’s foundation, Footprints With Hope, has created projects in the South American nation designed to be sustainable. Its mission statement is “Carrying Hope to Colombia One Step at a Time.”

For decades, Colombia has suffered from armed conflicts between government forces, leftist guerrilla groups and right wing paramilitaries. The ensuing violence has led to human rights issues among the population.

Mckinney, 37, majors in Spanish and international studies at Wright State. She founded Footprints With Hope in 2019 and serves as board president.

Mckinney began traveling to Colombia in 2016 and has since been back seven times. On her first trip she went to just one village but begin to see the need in other areas. In 2019, she and the bishop of the Colombian Methodist Church went to 16 different villages to assess the needs of the villagers and figure how to best proceed as a foundation.

“I especially recognized the women who longed to be noticed, recognized and heard, but have experienced such heartache and violence,” Mckinney said. “They have few opportunities, and I began to have a desire to find a way to help those women.”

The foundation creates projects that lead to sustainability such as giving women a skill such as cutting hair, financial management and sessions that foster self-esteem.

“It is important because when the women can feel more confident in themselves and make a small income, they can do more for their children and the home all around will gain more sustainability and more hope for the future,” said Mckinney. “And the women can also get themselves out of violent situations or dire economic situations from which they often feel they cannot escape.” 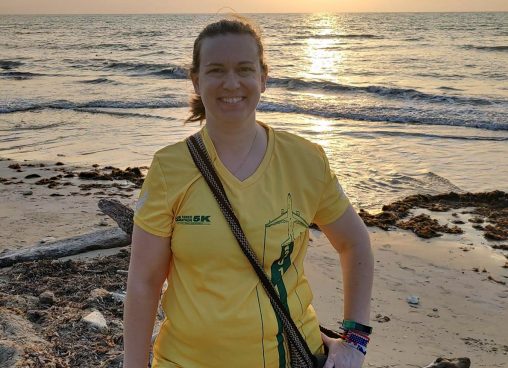 Rachael Mckinney’s foundation will hold its first workshop that will teach women a trade and financial management and help them heal from violence and emotional pain.

So far, the foundation has provided Christmas gifts to children in seven villages and raised $2,000 for a clinic that serves for free 3,000 people a month.

The foundation is in the process of launching its first women’s workshop. Called Luchadoras en Acción, or Fighters in Action, it will teach women a trade and financial management and help them heal from violence and emotional pain.

Mckinney grew up in Cedarville and graduated from Cedarville High School in 2000.

She was attracted to Wright State when she met some of the faculty while working for the Air Force Marathon and was impressed by their dedication to the students, campus and community.

“Before I was even a student, one of the professors of the department took time to meet with me to discuss my desires and help me know how Wright State could help get me where I wanted to go with a degree and what that would require,” she said.

In 2016, Mckinney began pursuing a degree in Spanish. She became interested in international relations when she took a class at Sinclair Community College and realized it could go hand in hand with Spanish.

“That class taught me that I could have a voice and use my desires to do more internationally to make a difference,” she said.

Specifically, Mckinney found her passion growing for Latin American countries, a desire to better understand their politics and human rights issues, and an interest in being a voice for those who didn’t have one.

“Rachael is an exceptionally thoughtful and engaged student who demonstrates passion for the well-being of others,” said Jessica Barnett, associate professor in the Department of Sociology and Anthropology.

Mckinney said Wright State has offered excellent classes that have enabled her to grow her Spanish abilities and global knowledge.

“The class Global Sexualities and Human Rights has expanded my knowledge of human rights issues,” she said. “And learning how the United Nations manages those topics has helped develop my critical thinking global mindset/skills and know how to navigate conversations from different angles and approach delicate topics.”

After graduation, Mckinney hopes to continue to grow Footprints With Hope and perhaps become an interpreter for migrants or work as a liaison between Wright-Patterson Air Force Base and a Spanish-speaking country.