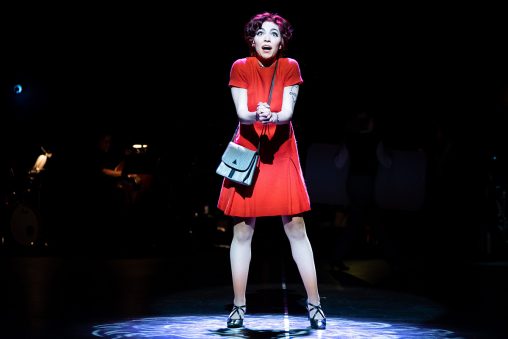 Wright State University Theatre will close its 2021–22 season with the swinging 1966 dance musical “Sweet Charity” from March 18 to April 3 in the Festival Playhouse in the Creative Arts Center.

Filled with exuberant dance, joyous song and a nod to the swinging ’60s, “Sweet Charity” tells the story of Charity Hope Valentine, an eternal optimist in a hard-luck world. Wright State Theatre’s reimagined production of “Sweet Charity” gives audiences a behind-the-scenes look at how a major musical would feel in rehearsal.

Cordes, associate professor of theatre, has reimagined the musical by focusing on the story, characters, music and dance in ways most other productions don’t.

“It surrounds a character who goes through life on gut instinct. Sometimes her choices pan out, a lot of times they don’t,” she said. “But her name says it all — Charity Hope Valentine. The play is about how we transcend difficulty in our life, have resilience, persevere, and believe that some good will come of our lives if we keep putting energy in a positive direction.”

“Sweet Charity” features choreography by Brandon Kelly, a graduate of Wright State’s B.F.A. Dance Program who is assistant choreographer on Broadway’s “Come From Away.”

Kelly described the opportunity to work on “Sweet Charity” as both “fantastic and terrifying” given the musical’s iconic status and the legacy of many of its songs.

“There’s a balance I want to find between being true to the characters and to the story and paying homage to the idea of the original production,” he said. “I know audiences can’t help but want to see certain shapes, certain feelings, certain visuals. I want to do that while still maintaining my choreographic voice and our vision for the production.” 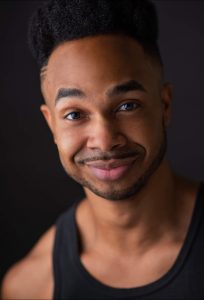 Instead of using a traditional orchestra, Russo, instructor of musical theatre, has created orchestral and vocal arrangements in a style reminiscent of The Manhattan Transfer and The Swingle Singers.

“‘Sweet Charity’ captures the sounds and rhythms of Greenwich Village jazz clubs of the early 1960s,” Russo said. “I wanted to create a vocal quartet to enhance the jazz combo sound of the score using close harmony and back-up singing to give dramatic richness to this production.”

The production features senior musical theatre major Tassy Kirbas as Charity Hope Valentine. Kirbas said she cannot wait to share her passion for the character and this production with audiences.

“My favorite element of our production of ‘Sweet Charity’ is the amount of collaboration, experimentation, gentleness and openness in the rehearsal space while we develop a new version of such an iconic musical that is completely unique to Wright State University,” she said.