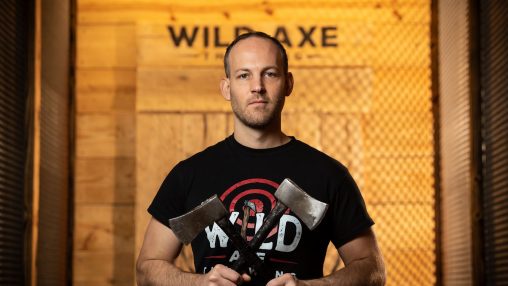 From dangling high above Achilles Hill to meticulously laying the groundwork at the Nutter Center, the Wright State Newsroom raised the barre this year and met some amazing Raiders that are hitting the bullseye in 2022.

We lassoed in our favorite videos from the past 12 months:

Olivia Bruno, a senior dance major, realized a lifelong dream of dancing professionally when she joined Dayton Ballet for its 2022–2023 season.

Rickey Reese has constructed and removed the Wright State men’s and women’s basketball floor over 300 times since he began working at the Nutter Center in 2002.

Wright State alumni Justin Simmons and Kathleen Roll opened Tony and Pete’s Grocery and Coldcuts as an homage to the old-school deli sandwich shop and to their sandwich-loving dads for whom the shop is named.