A serial entrepreneur, Huiet says he has made hundreds of business mistakes over the years and failed occasionally, but he has always learned from them.

“I never thought negatively about business,” he said. “There is no failure in life; there are just lessons to be learned.”

That, he says, is the secret to his success.

In 2011, at age 25, Huiet started his first business, renting photo booths out for weddings and other events. When he lost a photo booth job to a disc jockey, he decided to become one, spending the next 10 years working weddings. Along the way, he had many different opportunities, including things like a party bus and bartending.

Huiet and his business partner’s original breakthrough was the Great Escape Game, in which a team of players discovers clues, solves puzzles and accomplishes tasks in order to escape a themed room in under an hour.

“We didn’t actually sleep that night,” Huiet recalled. “We went to my house. I had these dry erase walls in one of my rooms that was full of ideas.” 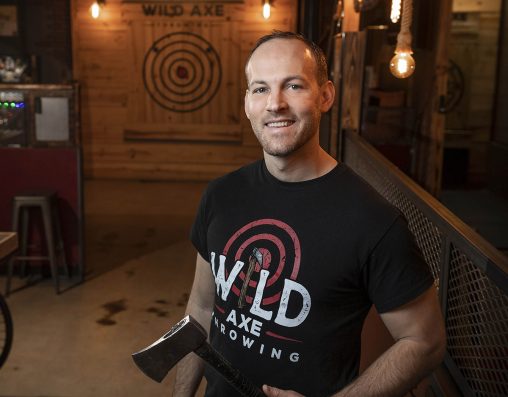 The two brainstormed and sketched out an escape room they call the Bank Vault. That led to the Great Escape Game in Beavercreek.

Huiet’s latest success is Wild Axe Throwing, an entertainment center that opened in June 2019. Customers throw axes at targets, playing against their friends for bragging rights and for a little reality escape. There are multiple games with a few surprises and a final competition against other customers. There is also an axe-throwing league, a pinball league and special events such as Black Light Weekends.

Wild Axe Throwing features 11 throwing lanes, a party room, a full bar and 11 pinball machines. Patrons are paired with an axe-master, who guides them through the games, in 60- or 90-minute increments. Weekends are usually sold out so reservations are advised.

Huiet grew up in Beavercreek, graduating from Beavercreek High School in 2003. After getting an associate degree in business and science from Sinclair Community College, he transferred to Wright State, where he earned a bachelor’s degree in marketing. He later earned his Master of Business Administration, some of which he studied for at Wright State.

While working on his bachelor’s degree, Huiet took a full load of courses while working full time.

“Wright State was great,” he said, adding that one of his favorite courses was in supply chain management. “That course really changed my life.”

Huiet said that when starting off as a business owner, you are in charge of everything, from marketing to human resources to paperwork and other duties.

“I learned all of that at Wright State, so I wasn’t starting from scratch, I was starting from experience,” he said. “If you run the business right and if you provide more value than you get paid for, people are going to notice that and are going to give you their business.” 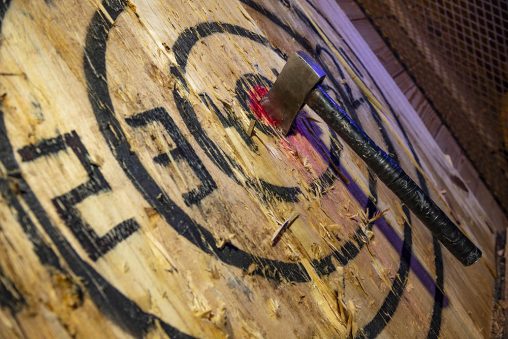 Huiet said he has there is even more entrepreneurship to come, hinting at plans for a large entertainment center. “I’m going to continue on with the entertainment train I’m on,” he said. “I’m pretty good at it.”

Huiet’s advice to budding entrepreneurs is don’t be afraid to fail, there’s greatness inside of you.

“You are going to stumble along the way, certainly,” he said, “but if you move in the right direction, you’ll get there sooner than you think.”